An earthman encounters monsters on a renegade asteroid. 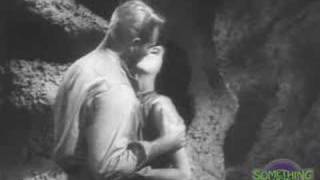 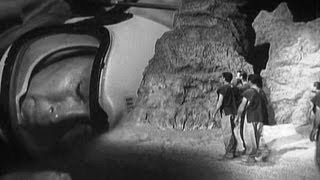 American rockets disappear with no explanation, each reporting a mysterious asteroid moments before vanishing. Captain Frank Chapman, sent to find the missing astronauts, loses control of his ship and crashes on the planetoid. When he recovers from the impact he discovers he has shrunk to the size of an insect. The asteroid turns out to be populated by a race of miniature people, the Rehtons, who enslave the captain in order to protect their secret. He becomes entangled in the struggle against the Solarites, inhuman creatures intent on destroying the Rehton civilization. As the alien assaults intensify, Chapman is torn between his love for a beautiful space woman and his desire to return to Earth. During a final spectacular battle with an escaped Solarite monster, the captain makes a noble sacrifice for the good of both worlds.

It's "Gulliver's Travels" in space as an astronaut lands on an asteroid populated by 6-inch tall humanoids and must help them ward off their monster attackers. A 60's B-movie set in the future--1980!

Customer Rating:
Based on 3609 ratings.

I can only add my sympathy for poor old Francis X. Bushman's evidently indefinite term in actors' purgatory where he's reduced to reading terrible dialogue (either he couldn't or wouldn't commit these histrionic offenses to memory), but he definitely must do so dressed in towels. He wasn't that bad a silent charioteer.

Note the sets that appear to've been recycled for the original Star Trek series, and the fact that all the hand-to-hand combat seems to've come from the Starfleet Academy handbook. Oh, that's right, this is "1980", so make that t'otherway'round.

The most believable SF concept herein is the possiblity that a Liz Taylor clone is on the loose.

worth every cheesy second....


The Oldies.com description accurately describes this movie, so I won't repeat what it's about, but if you like the old B/W "a trip into space" movies, this is one you definetely need to get. While this may be a B movie, it is quite enjoyable! The picture and sound are great. Yes, some of the effects are cheesy and some hilarious - the planet looks like a piece of chicken and the Solarites look like dogs, but I've watched this movie several times and get a kick out of it every time. Get this DVD and enjoy a fun trip into space!!!


This is a fun movie as long as you don't ask yourself "What were they (the filmmakers) thinking?" too often. Set in the future (okay, 1980 but that was the future when this was made!)an astronaut (Dean Fredericks) lands on an asteroid where the atmosphere causes him to shrink to six inches tall. Okay so the movie ignores the question of mass but hey, it's a B science fiction movie so just watch it and have fun! The writers must have seen FIRE MAIDENS OF OUTER SPACE because most of the people on this planet are miniskirted, barefoot, submissive women who do little more than stand around watching what goes on. Former silent film star Francis X. Bushman who plays Sesom (spell it backwards) the leader of the colony. They are at war with a race called Selenites who look like giant basset hounds. We only get to see one (Richard Kiel) but he is enough of a menace by himself.
I think maybe it is the fact that even the people who are in this movie do not take it too seriously, everyone seemed to have fun making it and perhaps that is why it is still so much fun to watch.


Going through the standard checklist, this movie has all the essentials for a B movie classic

However, the fact that they have a flash-back to a scene from less than a minute ago demands a half-star deduction, and the other half is substracted for having crispy McAsteroids and an old guy wearing a towel. I know the special effects aren't supposed to be perfect, but I barely stopped myself from putting honey barbeque sauce on the screen.


It's nice to see this film in the pristine condition that Alpha has transferred to DVD.
Based on the exceptional quality of this DVD,I have purchased a bunch more movies. Source quality is everything, but it is clear that Alpha uses state of the art equipment to get the very best out of its product. Glad I rediscovered you!


This is one of my favorite early 60's sci-fi films. The catchy box art will surely grab your eye and the print quality is no less than gorgeous. As far superior print than anything I have seen on VHS!! Alpha must be commended for giving time and attention to this little B movie about an astronaut that shrinks to six inches on a strange planet. Keep up the good work Alpha, and please buy this disc as you'll not be disappointed.