God is the Bigger Elvis - The Remarkable Story of Delores Hart 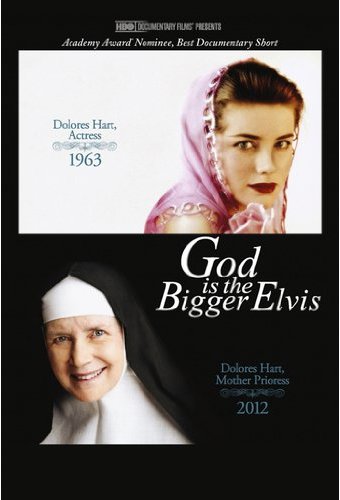 This documentary tells the remarkable story of Dolores Hart, a rising Hollywood starlet who appeared in ten films starting in 1957, acting with the likes of Elvis Presley, Montgomery Clift, and Anthony Quinn, but abandoned her blossoming career in 1963 to become a Benedictine nun. Now Mother Prioress of the cloistered Abbey of Regina Laudis in Bethlehem, CT, Dolores reveals details about her enclosed Benedictine monastery. In addition to footage and interviews shot in the buildings and grounds of the Abbey, the documentary includes archival footage and photos from Dolores Hart's movies, as well as intriguing backstories of some of the other nuns who joined her in taking their vows at Regina Laudis.