Muggs is kidnaped by cut-throat gamblers to prevent him from fighting in a boxing competition. When Danny is picked as Muggs' replacement, a feud between the two escalates into an all-out war. 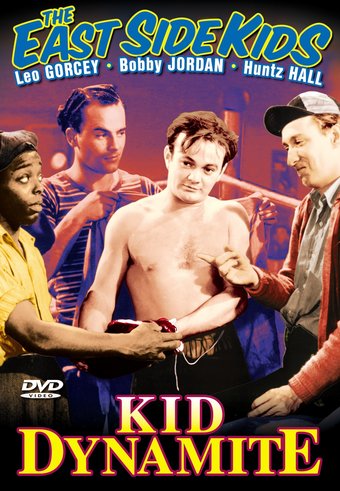 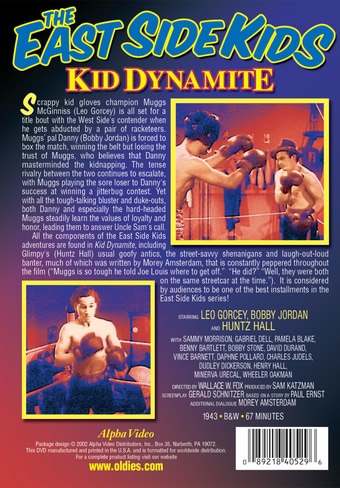 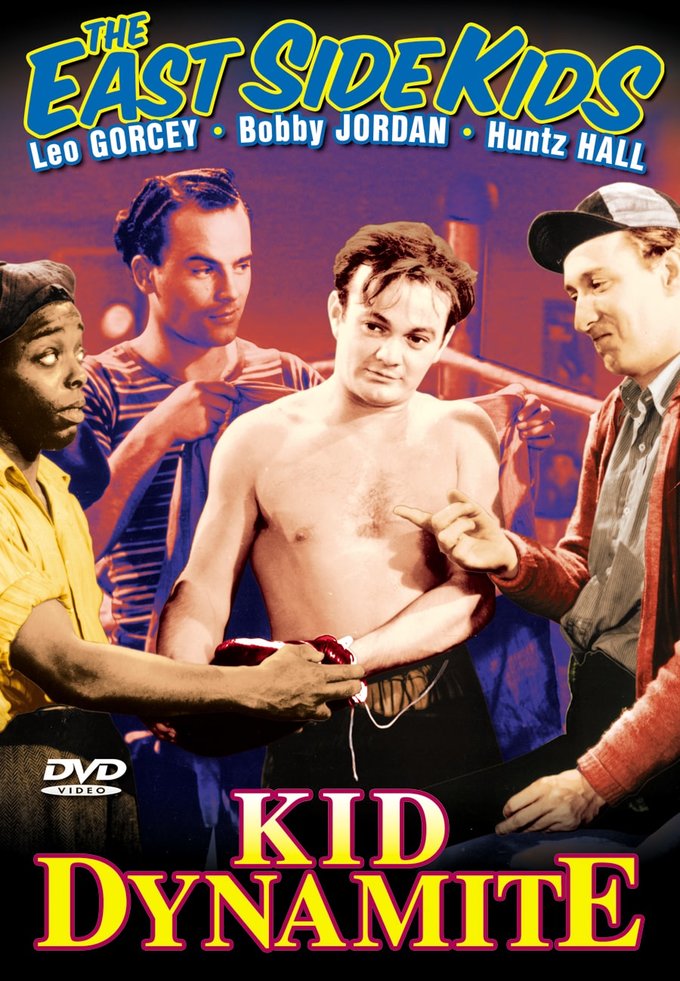 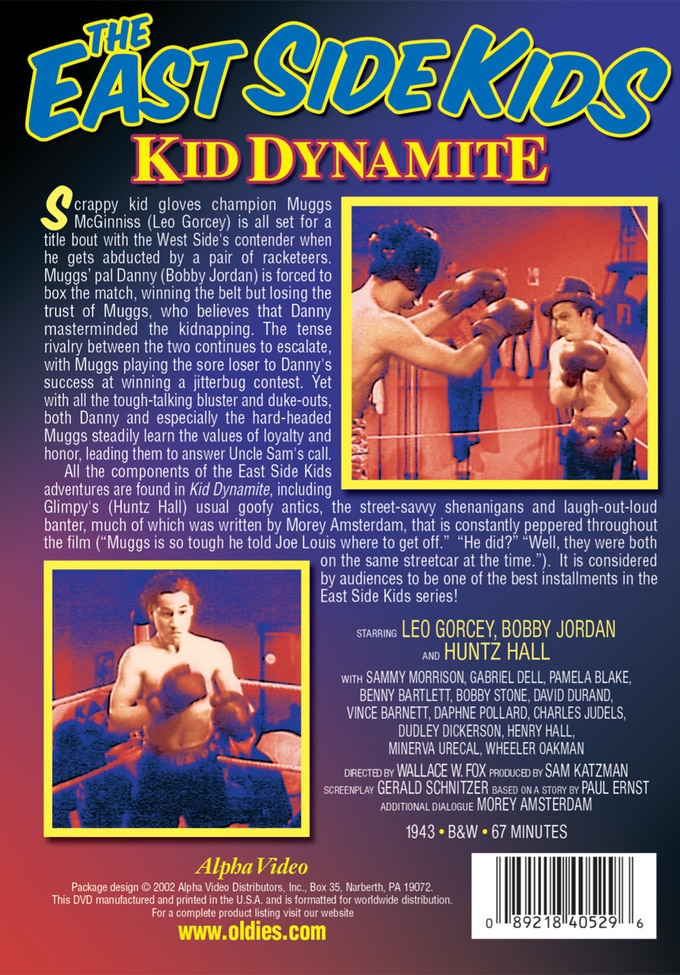 Scrappy kid gloves champion Muggs McGinniss (Leo Gorcey) is all set for a title bout with the West Side's contender when he gets abducted by a pair of racketeers. Muggs' pal Danny (Bobby Jordan) is forced to box the match, winning the belt but losing the trust of Muggs, who believes that Danny masterminded the kidnapping. The tense rivalry between the two continues to escalate, with Muggs playing the sore loser to Danny's success at winning a jitterbug contest. Yet with all the tough-talking bluster and duke-outs, both Danny and especially the hard-headed Muggs steadily learn the values of loyalty and honor, leading them to answer Uncle Sam's call. All the components of the East Side Kids adventures are found in Kid Dynamite, including Glimpy's (Huntz Hall) usual goofy antics, the street-savvy shenanigans and laugh-out-loud banter, much of which was written by Morey Amsterdam, that is constantly peppered throughout the film ("Muggs is so tough he told Joe Louis where to get off." "He did?" "Well, they were both on the same streetcar at the time."). It is considered by audiences to be one of the best installments in the East Side Kids series!

The East Side Kids (a.k.a. Bowery Boys, Dead-End Kids) star in this episode of their series. Just before his championship fight, Muggs is kidnapped!

Series | Vintage
This product is made-on-demand by the manufacturer using DVD-R recordable media. Almost all DVD players can play DVD-Rs (except for some older models made before 2000) - please consult your owner's manual for formats compatible with your player. These DVD-Rs may not play on all computers or DVD player/recorders. To address this, the manufacturer recommends viewing this product on a DVD player that does not have recording capability.


This one has all the best elements of the East Side Kids series: the usual malapropisms, Huntz Hall's goofiness, Leo Gorcey's hardheaded tough guy trying to be the leader, Bobby Jordan's earnest straight man act, patriotic fervor,big band music, swing dancing, love interest, boxing, fighting, Minerva Urecal, Wheeler Oakman...if you're a fan of the series, this is a must-have.