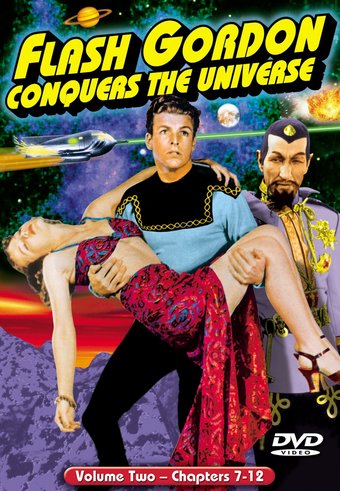 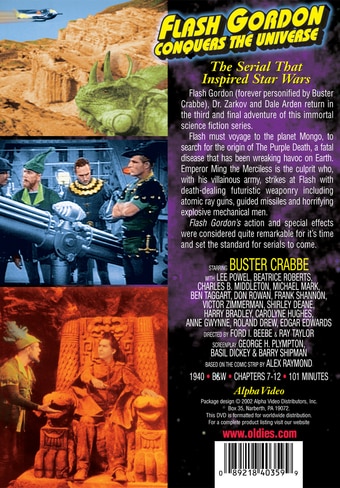 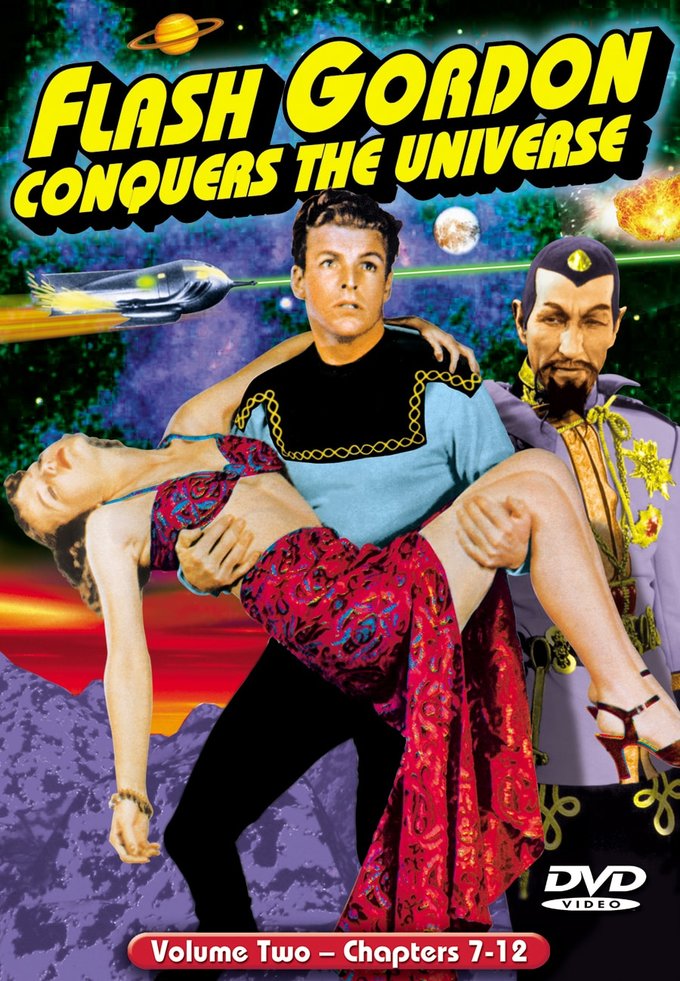 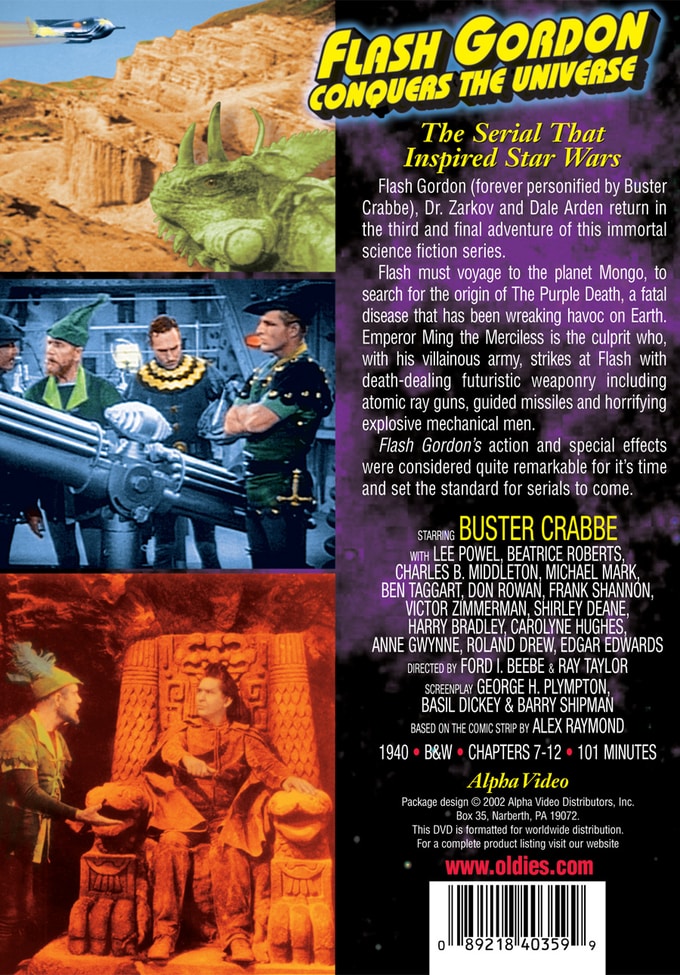 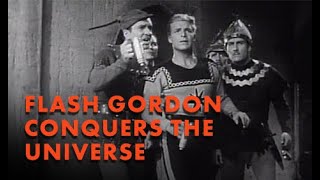 Flash Gordon (forever personified by Buster Crabbe), Dr. Zarkov and Dale Arden return in the third and final adventure of this immortal science fiction series. Flash must voyage to the planet Mongo, to search for the origin of The Purple Death, a fatal disease that has been wreaking havoc on Earth. Emperor Ming the Merciless is the culprit who, with his villainous army, strikes at Flash with death-dealing futuristic weaponry including atomic ray guns, guided missiles and horrifying explosive mechanical men. Flash Gordon's action and special effects were considered quite remarkable for it's time and set the standard for serials to come.

The second 4 episodes of the classic movie serial starring Buster Crabbe as Flash Gordon. Flash joins forces with Dale Arden and Dr. Hans Zarkoff to do battle the evil Ming the Merciless. Episodes 5-8: "The Palace Of Terror," "Flaming Death," "The Land Of The Death," and "The Fiery Abyss."

Science-Fiction | Superheroes | Vintage | Serial
This product is made-on-demand by the manufacturer using DVD-R recordable media. Almost all DVD players can play DVD-Rs (except for some older models made before 2000) - please consult your owner's manual for formats compatible with your player. These DVD-Rs may not play on all computers or DVD player/recorders. To address this, the manufacturer recommends viewing this product on a DVD player that does not have recording capability.

Customer Rating:
Based on 1885 ratings.


I WAS AMAZED AT THE CLARITY OF THE FILM.THE SOUND WAS ALSO PERFECT.I HOPE YOU ARE GOING TO COME OUT WITH MORE FLASH GORDON AND THE BUCK ROGERS SERIALS
GREAT WAY TO KICK BACK ON RAINY DAYS AND BRING BACK CHILDHOOD MEMORIES.MY CHILDREN ARE EVEN ENJOYING THE OLD SERIALS.I ENJOY THE COMMUNICATION FACTOR WITH MY KIDS CAUSED BY THE SERIALS.KEEP UP THE EXCELLENT WORKMANSHIP.LONG LIVE THE SERIALS.