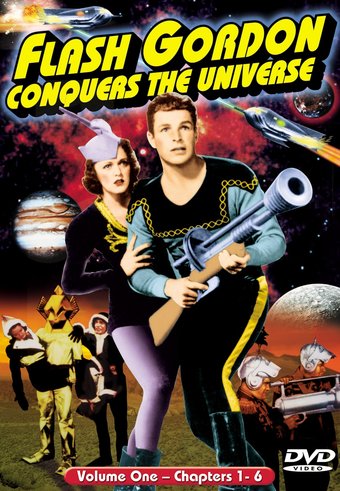 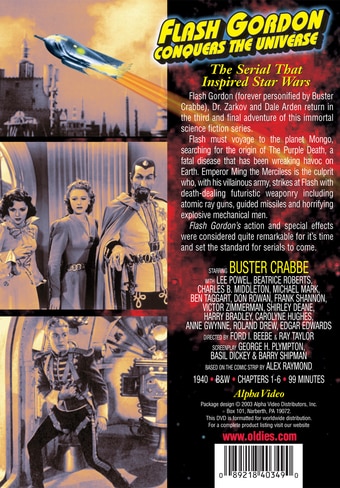 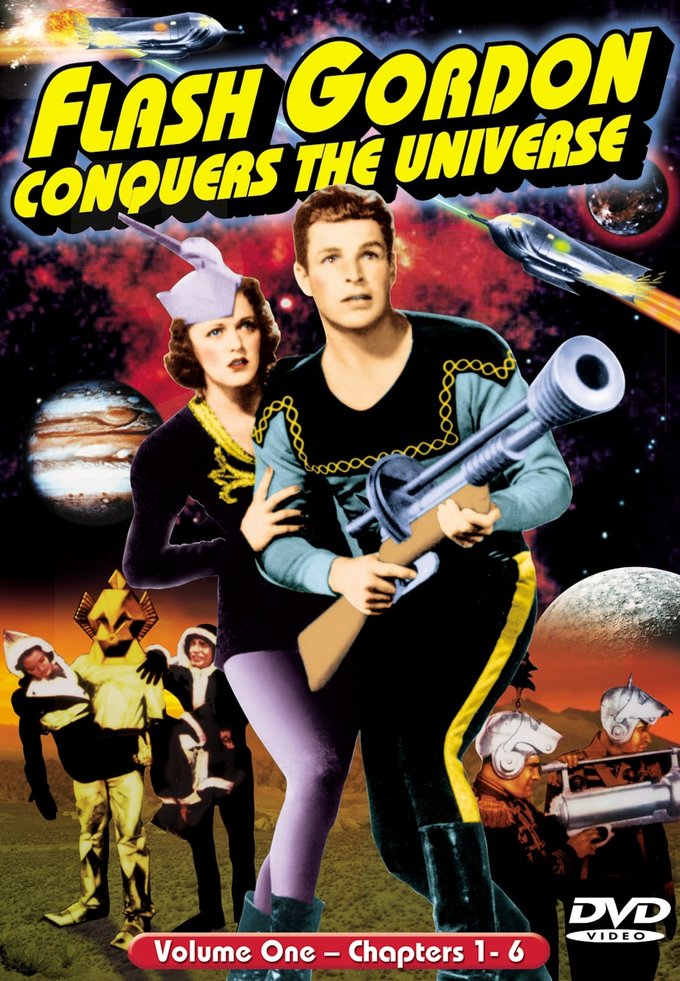 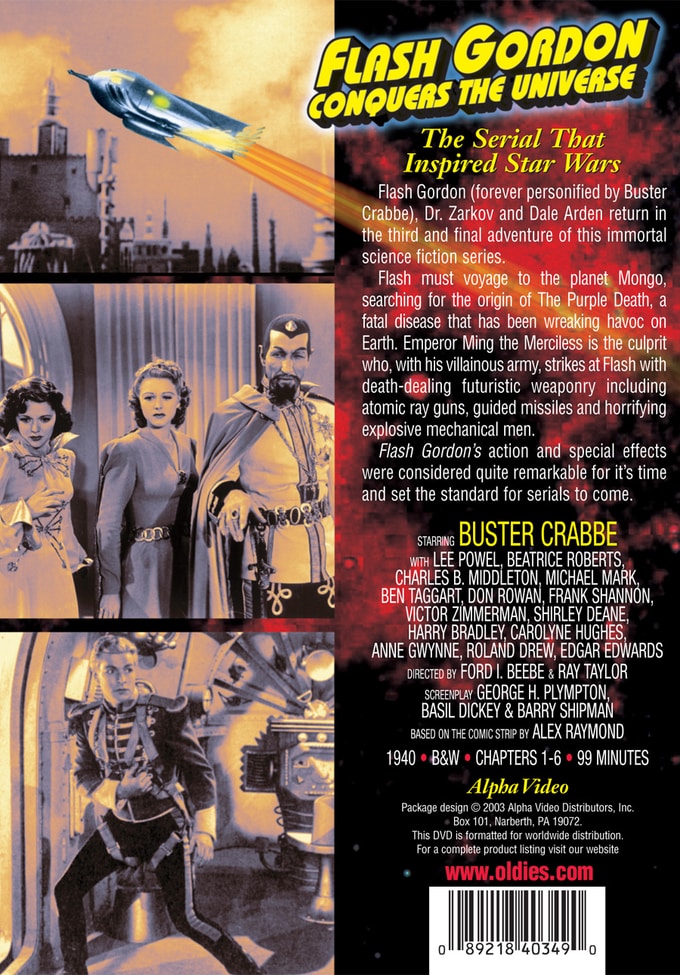 Flash Gordon (forever personified by Buster Crabbe), Dr. Zarkov and Dale Arden return in the third and final adventure of this immortal science fiction series. Flash must voyage to the planet Mongo, searching for the origin of The Purple Death, a fatal disease that has been wreaking havoc on Earth. Emperor Ming the Merciless is the culprit who, with his villainous army, strikes at Flash with death-dealing futuristic weaponry including atomic ray guns, guided missiles and horrifying explosive mechanical men. Flash Gordon's action and special effects were considered quite remarkable for it's time and set the standard for serials to come.

The first volume of the classic movie serial starring Buster Crabbe as Flash Gordon. Flash discovers that the Emperor Ming of the planet Mongo is dusting the Earth with a poisonous mist called "The Purple Death." Flash must go to Mongo, discover an antidote and destroy Ming. Episodes 1-4: "The Purple Death," "Freezing Torture," "Walking Bombs," and "The Destroying Ray."

Science-Fiction | Superheroes | Vintage | Serial
This product is made-on-demand by the manufacturer using DVD-R recordable media. Almost all DVD players can play DVD-Rs (except for some older models made before 2000) - please consult your owner's manual for formats compatible with your player. These DVD-Rs may not play on all computers or DVD player/recorders. To address this, the manufacturer recommends viewing this product on a DVD player that does not have recording capability.

Flying spaceships emitting sparks! Clouds in space - stars that don't sparkle! Ships buzzing towards the stratosphere and beyond! Winged men, clay people, Ming the Merciless (better than Darth Vader any day!), Dr. Zarkov, Dale, Princess Aroura, Prince Baron, and of course, Flash. Remember that lobster monster that was in the cave? Remember the one horned gorilla? Remember the death ray sucking out all of the life in Earth's atmosphere? C'mon, admit it - isn't it better than Obi-wan waving his light saber against Darth? Hail Buster Crabbe!


This is the third (and final) Flash Gordon foray into Serial-Land and, some would argue, the best (at least as far as continuity). The effervescent Frank Shannon, who's acting ability runs the gamut from A to B (to steal one of Dorthy Parker's quips) reprises the role of my favorite character, Dr. Zarkov. Baran's kingdom is now called Arborea, and everyone is dressed like Robin Hood's merry men. There's another "kingdom" called Fridgia (not to be confused with Frigidaire) and atop it all schemes Ming the Merciless, played by bit-part badman Charles Middleton. My favorite Flash Gordon serial is TRIP TO MARS (not available from Alpha), but this one is a close second. Ming has another great Universal Pictures mad-scientist laboratory. You might recognize Ming's chief scientist as the actor from FRANKENSTEIN who carried his drowned daughter through the village street. Small world, isn't it? While, in reality, Flash does not conquer the entire universe, it's good clean fun and a great example of what our grandparents or parents wasted their dimes on every Saturday at the movies.