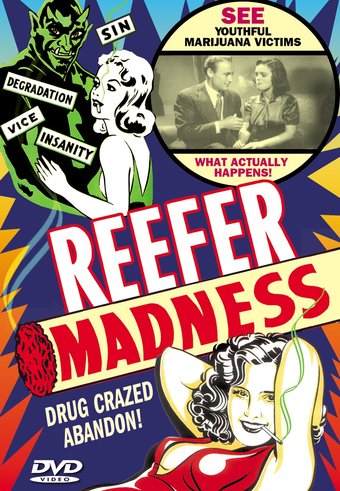 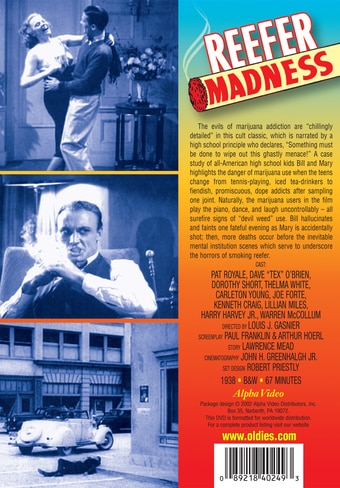 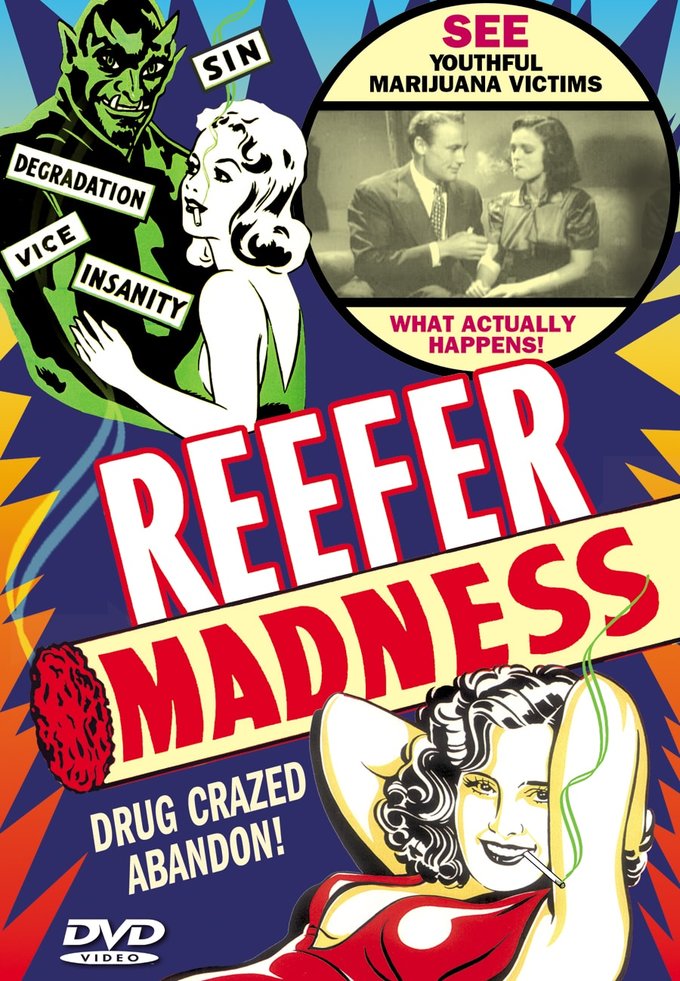 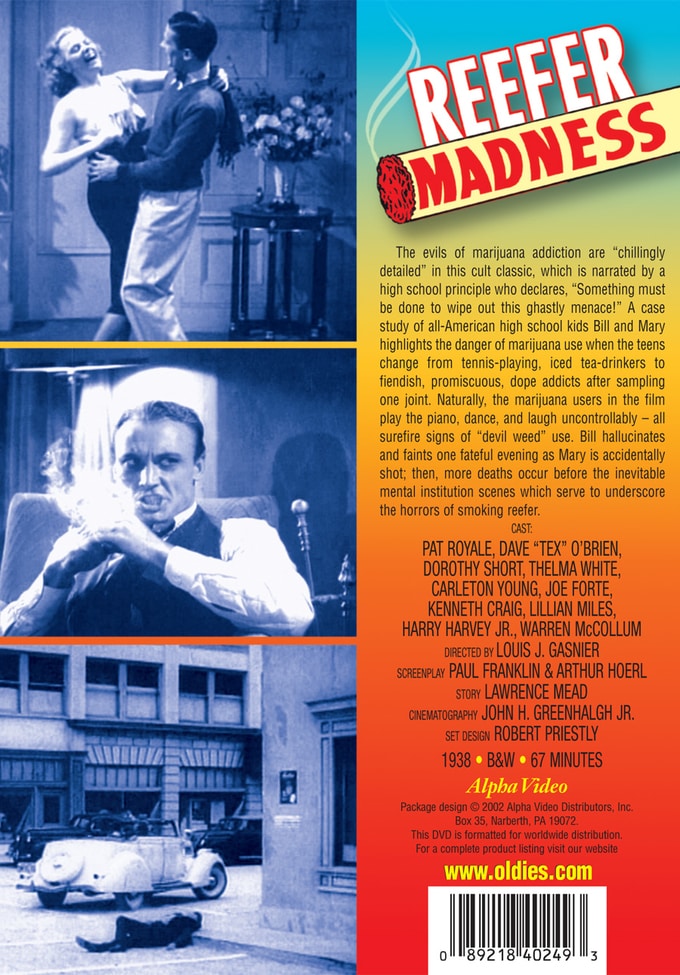 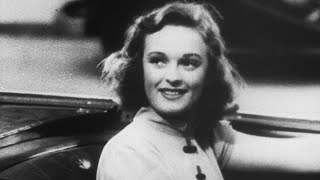 "[Business] is getting better every day. These kids sure go for it." (Dope peddler Jack Perry)
"I recall distinctly a few weeks ago. It was during a class on English literature. There was a serious discussion of Shakespeare's "Romeo and Juliet," when he suddenly burst into an uncontrollable fit of hysterical laughter." (Dr. Carroll, describing the behavior of Billy Harper)

The evils of marijuana addiction are "chillingly detailed" in this cult classic, which is narrated by a high school principle who declares, "Something must be done to wipe out this ghastly menace!" A case study of all-American high school kids Bill and Mary highlights the danger of marijuana use when the teens change from tennis-playing, iced tea-drinkers to fiendish, promiscuous, dope addicts after sampling one joint. Naturally, the marijuana users in the film play the piano, dance, and laugh uncontrollably - all surefire signs of "devil weed" use. Bill hallucinates and faints one fateful evening as Mary is accidentally shot; then, more deaths occur before the inevitable mental institution scenes which serve to underscore the horrors of smoking reefer.

Considered by many to be the most famous exploitation film ever, REEFER MADNESS is a hilariously campy cult-classic about the dangers of the devil's weed. You know, marijuana. The story stems from a high school principle's lecture to parents during a PTA meeting about the dangers of smoking pot, which apparently leaves the teens in a state of mental lunacy! Originally titled: "Tell Your Children."

Educator Dr. Carroll warns parents about the dangers of the scourge of marijuana usage by schoolchildren. A group of college students have their lives turned upside down as they get hooked on dope and descend into a world of wild parties, car accidents, rape, murder and suicide.

Customer Rating:
Based on 18148 ratings.


Without a doubt, this is the greatest exploitation film ever made. I mean, it's corny, silly, stupid, and mneant to be taking seriously. I first saw it in 1968 (whether or not anyone in the room was doing a reefer at the time is unimportant) and I laughed myself silly. Not as silly as the piano player, but silly. I love this movie. I think I'll watch it again later this evening.


Number one, I'd like to know how they found the Chico Marx clone to portray the piano player at the malt shop. I'd also like to know what happened to the marijuana addict who killed his family with an axe, as mentioned by Dr. Carroll.
Where did they find this cast??? Are there any more like them??? Fans of great movie entertainment hope so.


With this movie's outdated facts and information on the effects of "marihuana" on people, it can certainly be said that this film is a bit quirked in its ways. Adding to this are the horrible acting and the horrible pre-jazz era music. The amount of cheesyness featured in this film is atrocious. However, as it is with this film, cheesyness can turn to hiliarity for those with a taste for the camp. And, because of this unique brand of humor, the entertainment value of "Reefer Madness" goes skyrocketing as time and the way that society looks at things progresses.