Get email alerts for Frank Zappa
61 ratings
Currently Out of Stock: We'll get more as soon as possible
Notify Me When Available
Add to Wishlist
Format:  CD
item number:  ZENG 23849
91% recommend us! 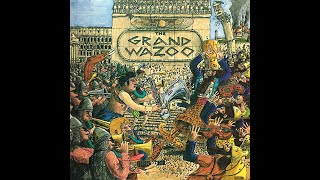 Rolling Stone - 2/1/73, p.44
"...back in the forefront, where he belongs, with an inspired and consistent album containing some of his best intrumental work, compositions and arrangements...an excellent indication of his particular talent at its best..."
Q - 8/95, pp.150-151
4 Stars - Excellent - "Zappa in Sun Ra mode, bulging with epic electric jazz and bogus big-band pomp..."j

Frank Zappa
An Evening with Frank Zappa During Which... The Torture...
$10.20
Add to Cart