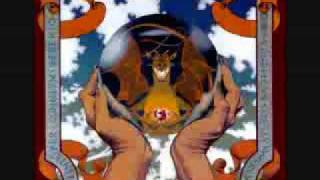 After a pair of hit albums, 1983's HOLY DIVER and 1984's THE LAST IN LINE, Dio issued its third effort, 1985's SACRED HEART. While containing several tracks up to par with the band's previous work, the album performed below expectations on the charts. Dio was already headlining arenas in the United States, but the new album failed to take the band to the next plateau. Trouble was also brewing in Dio's ranks. SACRED HEART would prove to be the final studio recording to feature guitarist Vivian Campbell-who eventually resurfaced in both Whitesnake and Def Leppard.
SACRED HEART's obvious attempts at hit singles include "Rock N' Roll Children" and "Hungry for Heaven" (the latter featured in the 1985 Matthew Modine movie VISION QUEST), both of which feature strong melodies and keyboard-heavy music. "Like a Beat of the Heart," "Another Lie," and the title track are more reminiscent of Dio's previous heavier direction. As does the album-opening "King of Rock and Roll," the only song on the album recorded live in concert. While not as stellar as the band's aforementioned releases, SACRED HEART still has its moments.

Dio
The Last in Line
$6.20 Super Savings
Add to Cart