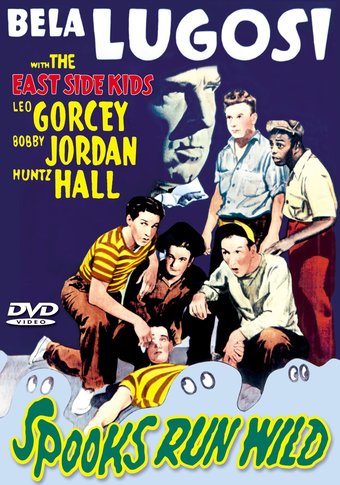 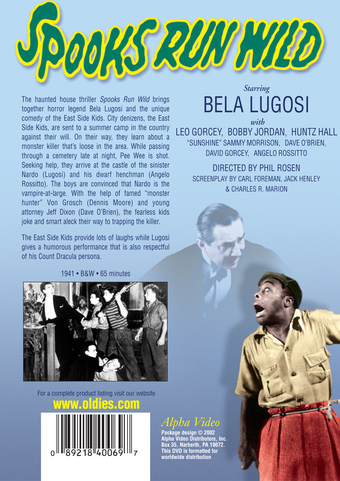 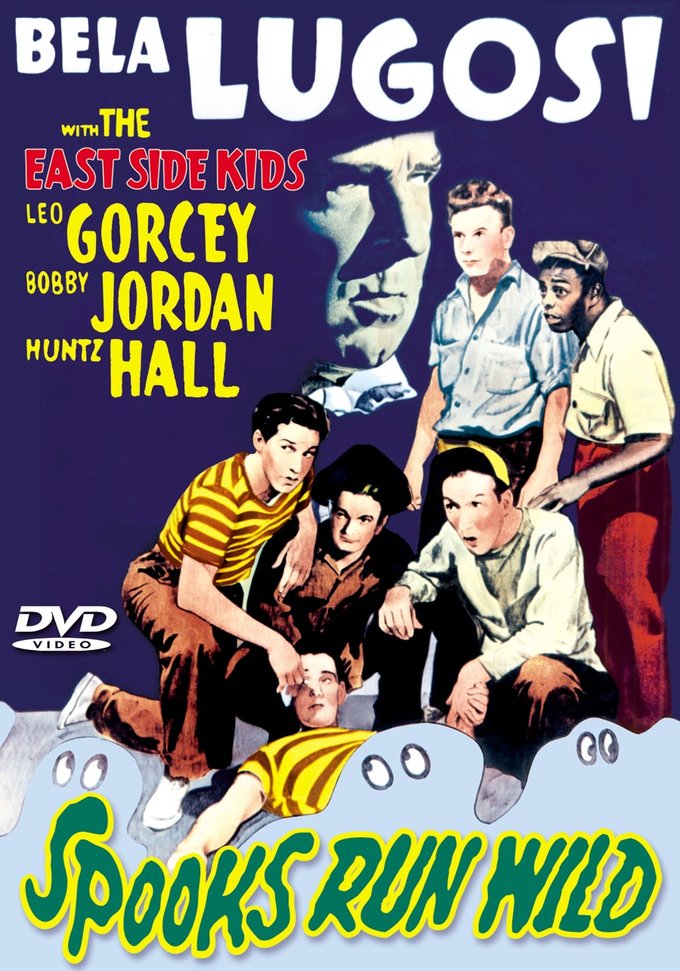 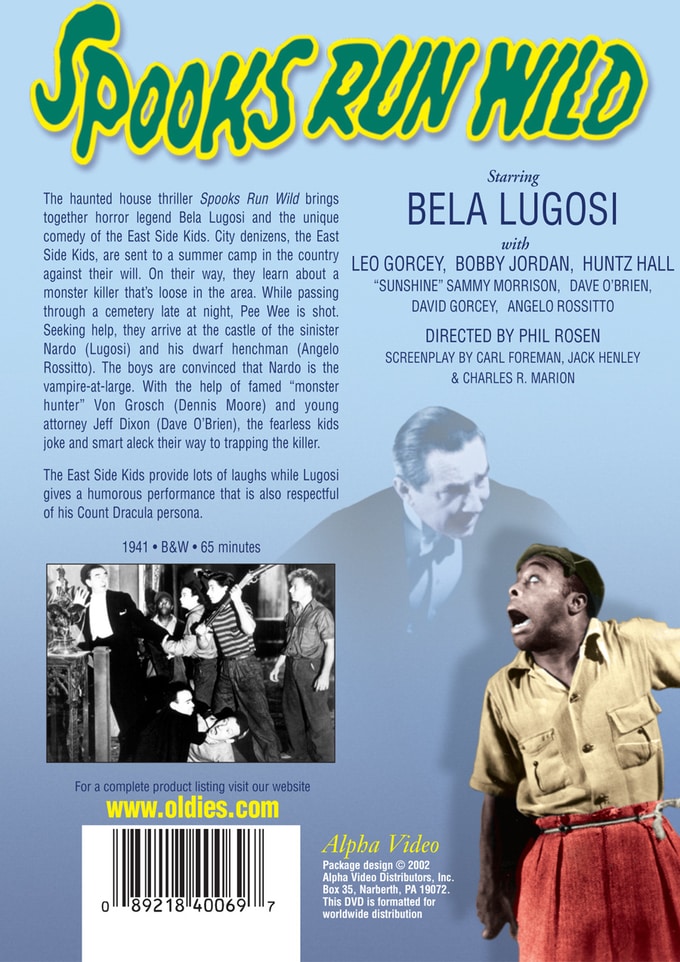 The haunted house thriller Spooks Run Wild brings together horror legend Bela Lugosi and the unique comedy of the East Side Kids. City denizens, the East Side Kids, are sent to a summer camp in the country against their will. On their way, they learn about a monster killer that's loose in the area. While passing through a cemetery late at night, Pee Wee is shot. Seeking help, they arrive at the castle of the sinister Nardo (Lugosi) and his dwarf henchman (Angelo Rossitto). The boys are convinced that Nardo is the vampire-at-large. With the help of famed "monster hunter" Von Grosch (Dennis Moore) and young attorney Jeff Dixon (Dave O'Brien), the fearless kids joke and smart aleck their way to trapping the killer.

The East Side Kids provide lots of laughs while Lugosi gives a humorous performance that is also respectful of his Count Dracula persona.

The East Side Kids get a chance to sample the other side of life when they are sent to the country to learn how to live beyond the streets. When they get to the house they are supposed to stay in they discover that it is haunted. It is also run by one of the most terrifying men they have ever met. Bela Lugosi stars as the mad killer in this house of horror. Now he has to tangle with our favorite gang.

Slapstick | Thriller | Killer | Vintage | Haunted Houses | 1940s
This product is made-on-demand by the manufacturer using DVD-R recordable media. Almost all DVD players can play DVD-Rs (except for some older models made before 2000) - please consult your owner's manual for formats compatible with your player. These DVD-Rs may not play on all computers or DVD player/recorders. To address this, the manufacturer recommends viewing this product on a DVD player that does not have recording capability.

Customer Rating:
Based on 44 ratings.


I haven't seen the East Side Kids since I was little,when they were on television.I love it.The haunted theme.I'ts fun in the old spook house.


The best of the East Side Kids films and besides 'Voodoo Man',Bela's best film at Monogram. The kid's meet Bela in a run-down creepy old mansion in the Catskills(then considered part of New England)and the fun begins! The most convincing haunted house sets that I've ever seen in a Hollywood motion picture. Well worth it. Plenty of fun and very atmospheric!

The Kids Run into Phantoms at Every Turn Movie Lover: Kurt Limpert from NJ -- June, 2, 2003


...or so said the TV Guide entry for this way back in the 1980s when these movies were becoming harder and harder to find. Thank God for Alpha Video for bringing back childhood favorites! This is a great East Side Kids adventure, probably the most popular one on TV. Bela Lugosi adds lots of menacing atmosphere.