A Scotland yard detective investigates the mysterious grisly murders of five people. This British horror thriller starring Bela Lugosi is based on a book by Edgar Wallace. 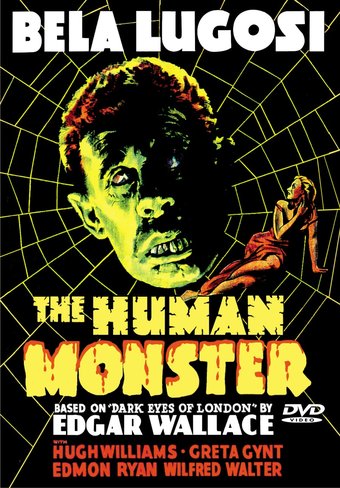 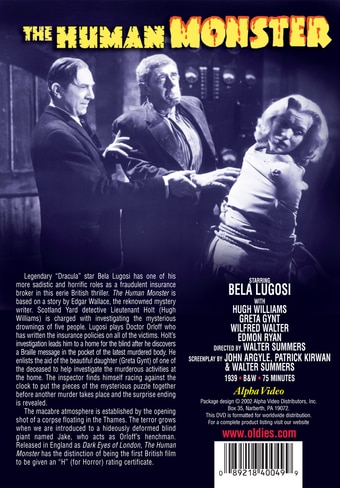 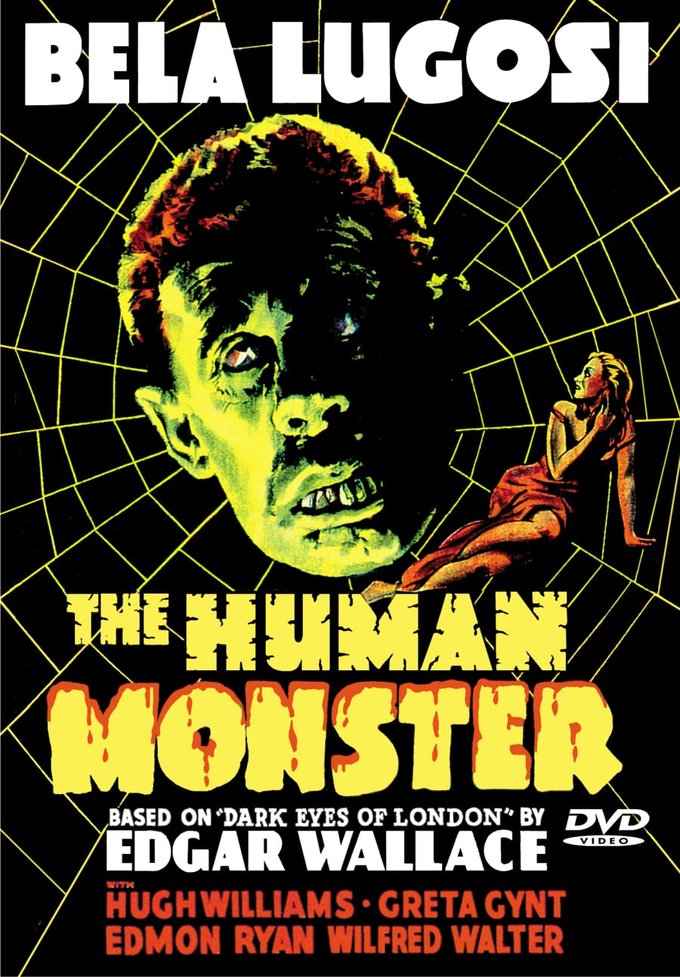 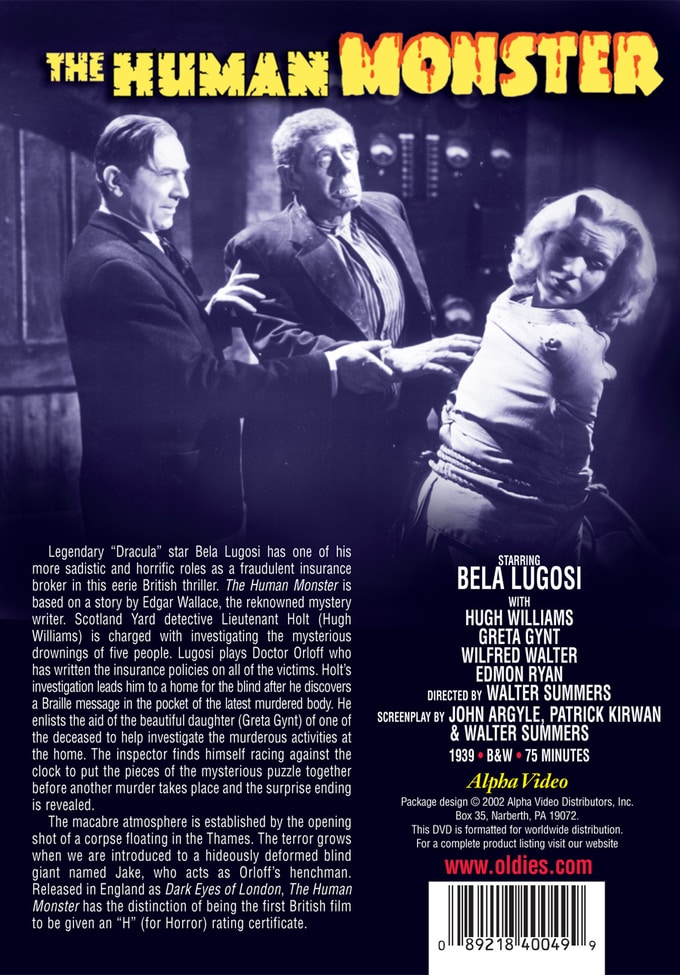 Legendary Dracula star Bela Lugosi has one of his more sadistic and horrific roles as a fraudulent insurance broker in this eerie British thriller. The Human Monster is based on a story by Edgar Wallace, the renowned mystery writer. Scotland Yard detective Lieutenant Holt (Hugh Williams) is charged with investigating the mysterious drownings of five people. Lugosi plays Doctor Orloff who has written the insurance policies on all of the victims. Holt's investigation leads him to a home for the blind after he discovers a Braille message in the pocket of the latest murdered body. He enlists the aid of the beautiful daughter (Greta Gynt) of one of the deceased to help investigate the murderous activities at the home. The inspector finds himself racing against the clock to put the pieces of the mysterious puzzle together before another murder takes place and the surprise ending is revealed.

The macabre atmosphere is established by the opening shot of a corpse floating in the Thames. The terror grows when we are introduced to a hideously deformed blind giant named Jake, who acts as Orloff's henchman. Released in England as Dark Eyes of London, The Human Monster has the distinction of being the first British film to be given an "H" (for Horror) rating certificate.

THE HUMAN MONSTER is story based around the proprietor of a home for the blind who uses the residents as pawns in an elaborate murder scheme.

After a series of mysterious multiple drownings of blind patients occur, a Scotland Yard detective investigates and discovers an insurance scam.

Customer Rating:
Based on 66 ratings.


This is one of the better Bela Lugosi horror films. As Dr Orloff, Bela runs an insurance company that, with theb help of the blind, is murdering people who have made Orloff the beneficiary. It's an English film but the case is solved with the help of a brash detective from Chicago. Of course there's a beautiful woman in distress, an evil monster, and a horrible end for the evil Dr Orloff. The climactic scene in the asylum for the blind is well done. For this Lugosi film, I can only say - Bravo Bela!


This is one of the many low budget films that Bela Lugosi would make over the years. This one is probably one of the more familiar as I have seen it many times on television.

I gave this film 4 stars- not because it is a great movie but more because of when it was made, what it is about and who stars in it.

As Lugosi's career went into decline, he often appeared in films that were silly and far beneath his dignity. I don't think this is the case with "The Human Monster". Okay, maybe it is a little silly but it is also great fun.

This is one of the DVD's I like to watch on a rainy Friday night when I am in the mood for something spooky but without the gore of today's horror films.

It is moody and has great atmosphere. Lugosi does well with a script that could have used a bit more work but pop some corn, get yourself a tall, cold drink and then fire up the DVD player with "The Human Monster". You'll have fun!


This movie is worth seeing because of it's historical nature. The Oldies synopsis above is accurate. However it is mostly a detective story with a bit of "horror" thrown in to validte the H rating. You will not be scared. You even know "who did it". I think it is a part of one of the Alpha Video collections and for some that may be a better buy.
I intend to post this exact same comment about "The Invisible Ghost"