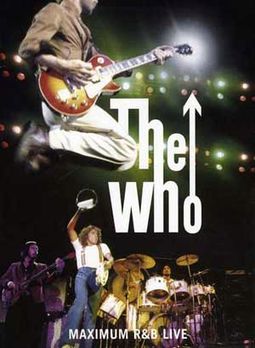 Get email alerts for The Who
9 ratings
Available: Usually ships in 2-4 business days
Only 4 copies left
Add to Cart
Add to Wishlist
Format:  DVD  (2 Discs)
item number:  DAYQ
91% recommend us!

Since the 1960s, the Who has rocked every corner of the globe, tearing up stages from New Jersey to The Hague. The band has well earned the title of "greatest live act," and this set stands as proof: THE WHO--MAXIMUM R&B LIVE offers highlights from over 14 separate concerts (including the Monterey Pop Festival), as well as complete footage of the band at Rockpalast in 1981. Perfect for both longstanding acolytes and newly minted fans, the collection features earth- and guitar-shattering renditions of "I Can't Explain," "Baba O'Riley," "Won't Get Fooled Again," and many more.

The Who
Live at the Isle of Wight
$16.20 Super Savings
Add to Cart