The inside story of the world's greatest manhunt. 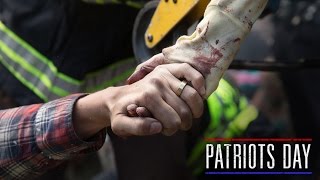 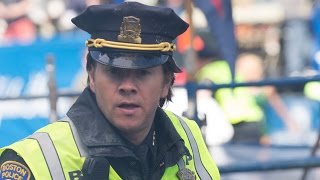 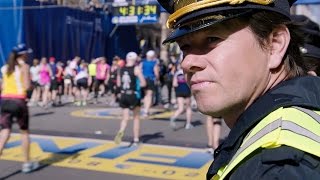 PATRIOTS DAY - GETTING IT RIGHT FEATURETTE 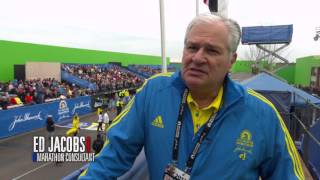 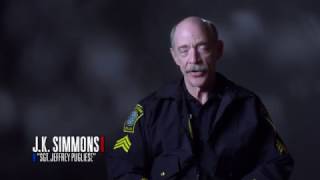 The Guardian - 11/18/2016
4 stars out of 5 -- "The first 20 minutes recall the signature docu-drama style of Paul Greengrass....That handheld invasive style is coupled with authentic footage and incredibly accurate re-enactment to piece together the events of the day."
Entertainment Weekly - 12/20/2016
"PATRIOTS DAY benefits from a robust, concentrated timeline and sheer bat-out-of-hell pacing." -- Grade: B-
A.V. Club - 12/20/2016
"Wolff, in particular, gives one of the movie’s best performances as Dzhokhar, a case study in detachment and casual malice." -- Grade: B
RogerEbert.com - 12/21/2016
"PATRIOTS DAY is at its best when it focuses on the real-life people -- first responders, overwhelmed emergency room doctors, local policemen and FBI agents, those manning the phones for citizen tips...who ran to the middle of the maelstrom and got busy helping..."
Los Angeles Times - 12/20/2016
"Whether they are celebrated filmmakers or ordinary folks, tragedy can bring out the best in people, and PATRIOTS DAY is the latest example of both sides of the equation. An effective, efficient and quite dramatic examination of the events surrounding the 2013 Boston Marathon bombing..."
Rolling Stone - 12/21/2016
3 stars out of 4 -- "[A] raw, riveting, emotionally wrenching docudrama from Peter Berg and producer-star Mark Wahlberg."
Chicago Sun-Times - 01/12/2017
"Wahlberg is in his comfort zone playing a Boston copper. Goodman, Simmons, Monaghan, Bacon, et al., are as superb as they’ve always been."
The Atlantic - 01/11/2017
"[T]he film is most fascinating when it faithfully conveys the confusion of the days after the bombing, and the pile-up of differing opinions and clashing egos."
Washington Post - 01/12/2017
"Wolff’s sleepy-eyed performance, uncannily capturing the banality and the twisted evil of their actions, is among the film’s most indelible and enigmatic pieces of the puzzle."
Total Film - 02/10/2017
3 stars out of 5 -- "Berg’s intention is to show how communities come together in the face of atrocities that are both horribly inevitable and largely unpreventable."
Empire - 02/20/2017
3 stars out of 5 -- "A composite of several real people, Saunders boasts all the sweary charm and no-bullshit manner Wahlberg excels at..."

In the immediate aftermath of the 2013 Boston Marathon bombings, a police officer (Mark Wahlberg) aids in the pursuit of the terrorists responsible. Under the direction of BPD commissioner Ed Davis (John Goodman) and an FBI Special Agent (Kevin Bacon), the sprawling manhunt for the bombers extends into the Boston suburb of Watertown. Peter Berg directed this docudrama, which co-stars J.K. Simmons, Michelle Monaghan, Alex Wolff, and Melissa Benoist.