The sixth and final season sees George facing up to some major life changes while Benny has a chance at happiness. 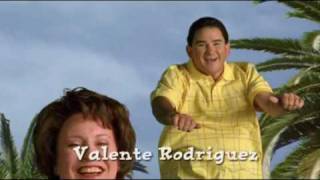 In the sixth and final season, George (George Lopez) sees his daughter off to college, only to discover that his family may have a new member on the way. While Angie (Constance Marie) investigates her condition, George's job is in jeopardy, Benny (Belita Moreno) faces jail time for a crime from her past, and Vic (Emiliano Díez) contemplates getting engaged to a much younger woman (Stacy Keibler). Then the Lopez home gets a lot more crowded -- and George feels a bit of déjà vu -- when Angie's no-sense-of-boundaries niece, Veronica (Aimee Garcia), and her freeloading boyfriend, Mike (Jason Connery), move in. While Benny's criminal past hangs over her head, an old flame (Jerry Springer) returns, bringing with him a hope for a new start. New beginnings may loom for George, too, as the plant's new owner (Edward James Olmos) has an offer for him.