It's the 21st century and they have a licence to kill. 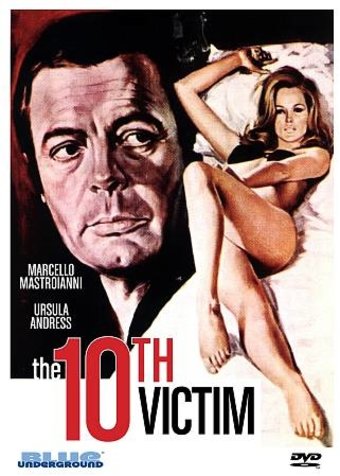 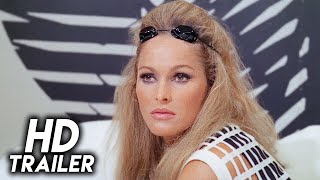 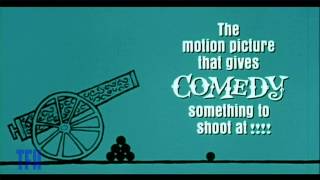 Director Elio Petri fused science fiction with the pop culture aesthetic of the 1960s in this film, which takes place in a candy-colored futuristic society where the population's lust for violence is satisfied by "The Big Hunt," an international game of legally sanctioned murder. Marcello Mastroianni and Ursula Andress star as the sport's top two assassins, bringing explosive sex appeal to the film. (Andress rose to fame as a celluloid dream girl just three years prior in the 1962 James Bond film DR. NO, which features her as the beach babe Honey Ryder. Mastroianni, comparatively, had seduced audiences as the introspective playboy in Fellini's LA DOLCE VITA and 8 1/2.) When Andress and Mastroianni are pitted against one another in "The Big Hunt," they find themselves falling in love while the world watches, each waiting for the other to strike first. A sleek, sexy, and often funny sci-fi adventure film with elements of romance and satire mixed in for good measure, THE 10TH VICTIM is not only an entertaining film but a veritable compendium of 1960s chic.

THE ORIGINAL SEXY '60s CULT CLASSIC IS BACK!It is the 21st Century, and society's lust for violence is satisfied by "The Big Hunt," an international game of legalized murder. But when the sport's two top assassins (Marcello Mastroianni and Ursula Andress) are pitted against each other, they find that love is the most dangerous game of all. As the world watches, the hunt is on. Who will become THE 10TH VICTIM'THE 10TH VICTIM is the international cult classic whose wild action and sexy style has influenced a generation of movies, from THE RUNNING MAN to the AUSTIN POWERS series. Remastered from original archival negative materials, this outrageous satire is presented here in its original Italian language with optional English subtitles.

The Most Dangerous Game
$10
Add to Cart