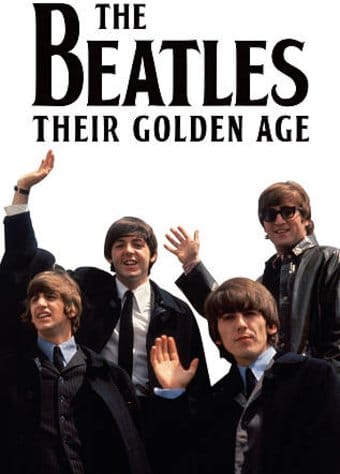 Get email alerts for The Beatles
Available: Usually ships in 1-3 business days
Add to Cart
Add to Wishlist
Format:  DVD
item number:  DA6K
Related products:
The Beatles: Eight Days a Week: The Touring Years for $19
The Beatles - From The Beginning To The End for $10
91% recommend us!

Treat yourself to highlights of every world tour and every Beatles movie. Your trip begins from the inception of the group in 1960 through Sgt. Pepper's psychedelia and to their very last appearance as the Beatles, the most popular entertainment act in history! It is loaded with rare footage. You'll follow the lads on their whirlwind tours across Europe and America, as well as around the world. And you won't want to miss the best movie scenes from A Hard Day's Night, Help!, The Magical Mystery Tour, Yellow Submarine and Let It Be. There's news footage, movie scenes, interviews, and the public appearances of George, Paul, John and Ringo as they mesmerized the world and they danced their way across the movie screen. Like the Beatles themselves, this documentary is pure gold!

This documentary compiles a number of memorable moments from the influential career of The Beatles, including clips from all of their films, as well as footage of the band on tour throughout the world.