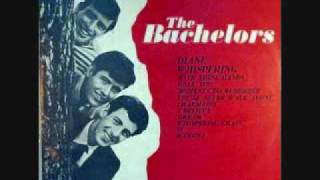 Liner Note Author: Roger Dopson.
In an odd twist on the way these things usually work, this U.K. release is a CD reissue of the Bachelors' first American album, Presenting: The Bachelors, with the addition of seven tracks that appeared on non-LP singles in 1963 and 1964 in Britain. The format might be something of an excuse to round up and repackage the Bachelors' earliest recordings, but if that's what you want, this reissue does a good job of it. The Presenting: The Bachelors LP itself only differed a little from their first U.K. album, the big difference -- and one that helped the quality of the record -- being the addition of "Diane," a U.K. chart-topper that was by far their biggest hit in the U.S. (where it reached the Top Ten), and its follow-up single "I Believe." As heard on the original LP, the Bachelors were an anomaly in the first wave of the British Invasion (even disregarding the fact that they were actually Irish), as they had little to do with rock or even pop/rock. Instead, they were a close-harmony vocal group favoring adult-oriented pop and standards, with a heavy dash of corny country-folk thrown into the mix. ~ Richie Unterberger