As Night Court begins its sixth season, Assistant District Attorney Dan Fielding is listed as missing and presumed dead when his plane crashes in the Arctic Ocean. 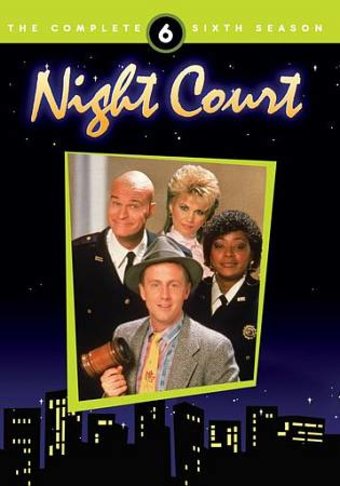 As Night Court begins its sixth hit season, Assistant District Attorney Dan Fielding (John Larroquette) is listed as missing and presumed dead when his plane crashes in the Arctic Ocean. Judge Harry T. Stone (Harry Anderson) cautions the others against expecting Dan to still be alive after two weeks of futile search-and-rescue efforts, but Legal Aid Attorney Christine Sullivan (Markie Post) refuses to give up hope and prays for Dan's safe return. Dan, meanwhile, is alive on a remote island, saved by a seal. And that's just the start of the season.

Subsequent episodes see Bull (Richard Moll) glue his fingers to the side of his head, Mac (Charles Robinson) deal with a classmate who has more on her mind than studying, and Harry jailing Roz (Marsha Warfield) when she won't divulge the location of a truckload of toys mistakenly given to needy kids.