No one has seen his face... but everyone ... knows this mark. 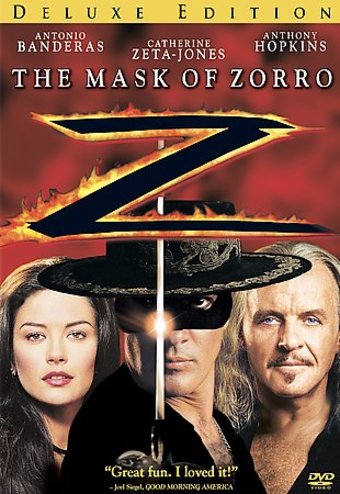 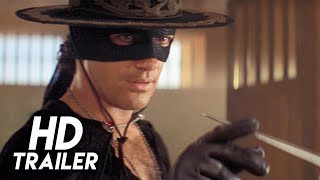 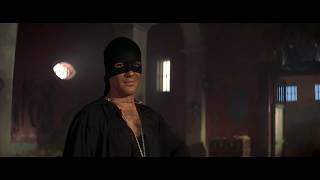 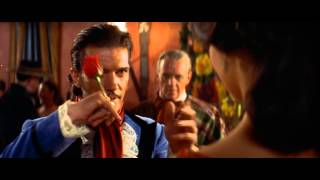 The Mask Of Zorro - Trailer 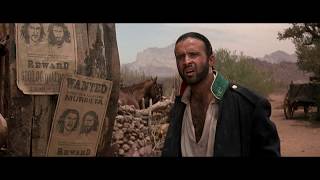 A swashbuckling tale set against Mexico's fight for independence from Spain, The Mask Of Zorro stars Antonio Banderas and Academy Award winners Anthony Hopkins (1991 Best Actor in a Leading Role, The Silence Of The Lambs) and Catherine Zeta-Jones (2002 Best Actress in a Supporting Role, Chicago). This Deluxe Edition DVD features a sneak peek at the exciting sequel, The Legend Of Zorro, an entire scene from the new film, plus loads of bonus content.

After 20 years, the legendary Zorro (Hopkins) escapes from prison to avenge the murder of his wife and kidnapping of his daughter Elena (Zeta Jones) at the hand of his enemy, Don Raphael Montero. But first he must transform a cocky young thief (Banderas) into the fearless hero and champion of the people he once was. With two Zorros on the scene, it's twice the adventure and twice the fun.

Don Diego de la Vega (Anthony Hopkins) recruits Alejandro Murieta (Antonio Banderas) to become his replacement as Zorro, the legendary hero. Together, they infiltrate the circle of Don Raphael - the fiercest of the Spanish tyrants. Armed with his mask, sword, whip and jet-black stallion, Tornado, the new Zorro embarks on a mission to stop Don Raphael's plot to buy California, set right 20 years of wrongs, bring justice to the people ensnared by Spanish greed, and win the heart of Don Diego's daughter, Elena (Catherine Zeta-Jones in a star-making performance). THE MASK OF ZORRO is an old-fashioned swashbuckler with plenty of modern sizzle thanks to the casting of Banderas and then-newcomer Zeta-Jones.