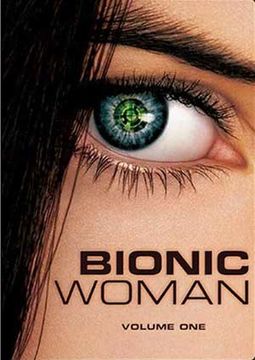 Just as executive producer David Eick helped reinvent BATTLESTAR GALACTICA for a new generation, he gives the 1970s series THE BIONIC WOMAN a slick update here. Jamie Sommers (Michelle Ryan, EASTENDERS) lives an average life as an average woman, but a horrific car crash upends her quiet existence. Scientists have saved her life, but she is now the less-than-proud owner of high-tech body parts that give her incredible strength and speed. Indebted to the scientists, Jamie now has to use her powers for their projects while she conceals her new abilities from her younger sister (Lucy Kate Hale, HOW I MET YOUR MOTHER). Miguel Ferrer (CROSSING JORDAN), Molly Price (THIRD WATCH), and Will Yun Lee (WITCHBLADE) costar as people employed by the secretive company. But it's the guest appearances from Isaiah Washington (GREY'S ANATOMY) and especially Katee Sackhoff (BATTLESTAR GALACTICA) as the first bionic woman that give the action-driven series an extra shot of energy. Volume one contains the first part of the show's first season.