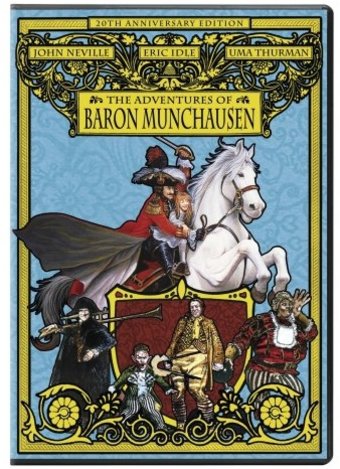 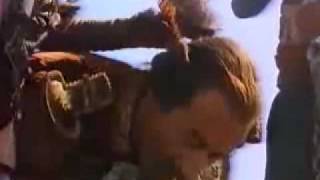 The Adventures of the Baron of Munchausen (Trailer) 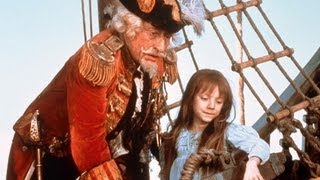 Josh Olson on THE ADVENTURES OF BARON MUNCHAUSEN (Featurette)

In TIME BANDITS, director Terry Gilliam told a fantastical story filled with heroes and villains seen through the eyes of a small boy. In BRAZIL, Gilliam focused on a fantasy world created by a young man trapped in a totalitarian state. And now, with THE ADVENTURES OF BARON MUNCHAUSEN, Gilliam tells the legend of an old man who has lived a fairy-tale life. In the late 18th century, the Age of Reason has no room for fantasy. In a town besieged by murderous enemies, a traveling company is putting on a stage show about the apocryphal Baron Munchausen, who, with his motley crew of servants, supposedly circled the globe and the universe, following each bizarre adventure with one even more strange and ludicrous. But then a man appears at the theater claiming to be the real Baron, and to prove it, he goes off on one final journey to save the town, chased all along the way by the winged specter of death.

Gilliam never met an epic spectacle he didn't like. MUNCHAUSEN is loaded with brilliant set pieces, including spinning heads on the moon and a giant Botticelli clamshell in the bottom of a hellish volcano. Gilliam has assembled a stellar cast, including John Neville as the Baron, Oliver Reed as Vulcan, Jonathan Pryce (BRAZIL), Jack Purvis (Wally in TIME BANDITS), Robin Williams (credited as Ray D. Tutto), Eric Idle (who contributes "The Torturer's Apprentice" with Michael Kamen to the soundtrack), Charles McKeown (LIFE OF BRIAN), a cameo by Sting, and early appearances by Sarah Polley (as young Sally Salt) and Uma Thurman. Gilliam's special effects bonanza is a modern retelling of THE WIZARD OF OZ, a fabulous adventure filled with daring feats, preposterous nonsense, danger galore, and the overall belief that a world without fantasy is a sad world indeed.

In yet another of his unbelievable exploits, the Baron sets sail in a hot air balloon with the help of the strongest man on earth, the fastest man alive, a man who can see farther than a telescope, and one who can blow harder than a hurricane to save a city against a Turkish sultan's superior forces. Terry Gilliam's epic is a visual 12-course banquet.