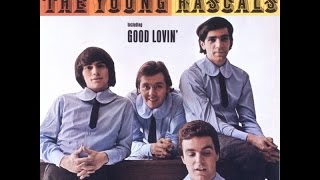 Performers include: Jefferson Airplane, Steppenwolf, The Zombies, The Young Rascals, Lovin' Spoonful, The Kingsmen, The Righteous Brothers, The Byrds, The Turtles, Jan & Dean, John Fred & The Playboys, The Castaways, Syndicate Of Sound, The Nightcrawlers, Bob & Earl, Mason Williams, Sonny & Cher, Tony Joe White, The Gants, Neal Hefti, Bobby Hebb.
Contains 28 tracks.
Like volume one, this is a high-grade assortment of hits, all but one by American artists, from the five years or so following the Beatles' invasion of the United States (though a couple of the tracks are from 1963). If there's one thing that might keep some listeners from lavishing unrestrained praise on this collection, it's that there's no real theme other than they were all, or virtually all, big hits and all pretty good. (You can't even say that the theme is American pop and rock, due to the inclusion of the Zombies' "Time of the Season.") Naturally, part of what makes rock and '60s rock in particular interesting is its diversity, and this 29-song anthology covers a lot of bases. Among them are folk-rock (the Byrds' "Mr. Tambourine Man"), blue-eyed soul (the Rascals' "Good Lovin'," the Righteous Brothers' "You've Lost That Lovin' Feelin'"), Motown (Martha & the Vandellas' "Dancing in the Street"), psychedelia (the Jefferson Airplane's "Somebody to Love"), hard rock (Steppenwolf's "Magic Carpet Ride"), hot rod (Jan & Dean's "Little Old Lady from Pasadena"), and garage rock (the Syndicate of Sound's "Little Girl," the Kingsmen's "Louie Louie"). Plus there's good old pop/rock in the Turtles, one-shots like John Fred's "Judy in Disguise" and the Newbeats' "Bread & Butter," and even a little non-rock in Mongo Santamaria's "Watermelon Man" and Lalo Schifrin's "Mission: Impossible." Nothing here's real rare; even the few low-charting items, like Jerry Jeff Walker's original version of "Mr. Bojangles" and the Gants' cover of "Road Runner," aren't hard to get elsewhere. But if you're not a specialist collector yet are on the lookout for '60s oldies anthologies, this series and this volume are recommended above most others. That's due to the exceptional quantity (29 songs on a single disc), consistent high quality (even the novelties and light pop tunes here are fun guilty pleasures), and packaging (excellent annotation provides the stories, some relatively little known, behind each track). ~ Richie Unterberger