In our time, no foreign army has ever occupied American soil. Until now. 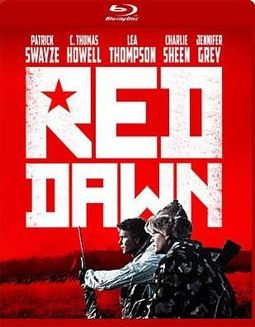 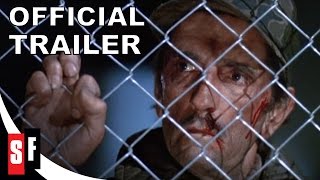 In the heartland of America, Russian and Cuban paratroopers begin to drop outside while classes go on in the high school. When the soldiers begin killing everyone in sight, local teens take to the hills to avoid the new totalitarian regime established in their little town and, as we later learn, throughout the world. As country folk, they are well familiarized with survival tactics and hunting, which allows them to carry out sophisticated acts of military sabotage, upsetting the balance of power in town with their guerilla warfare.

What if Cuba and the Soviet Union opted for a conventional invasion of the U.S. rather than a nuclear attack'
Then, their troops would have another think coming.
Namely a group of high school students turned commandos. These teenagers -- Jed, Robert, Erica, Matt, Toni and others -- one day look outside their classroom windows to see Communist paratroopers descending from the clouds and landing on the soil of their small town.
Skilled hunters and tenderfoots alike, Jed and his friends take whatever food and weapons they can find and head for the mountains. It is not long, however, before the enemy soldiers follow their trail, take prisoners, rape women, and execute "subversives."
Now the fate of one theater of World War III rests in the rifle-filled hands of America's youth.