A drama of the river underworld 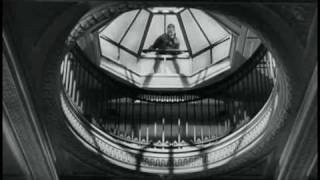 Bonar Colleano, who spent the war years playing featured roles in British films as likeably cocky Americans, heads the cast of POOL OF LONDON. Ever his brass, cheeky self, Colleano is cast as Dan MacDonald, a sailor who dabbles in a bit of smuggling, just for the fun of it. The fun is over when he gets mixed up with a gang of jewel thieves who have a habit of framing others for their crimes. At the risk of his own neck, MacDonald must extricate his best friend Johnny (Earl Cameron) from a murder charge. POOL OF LONDON ran into censorship troubles in the U.S. because of its depiction of a romance between Cameron, a black actor, and Susan Shaw, a white actress.