Sheer, utter madness is the order of the day in this laugh riot on wheels that features one of America's all-time favorite funnymen. 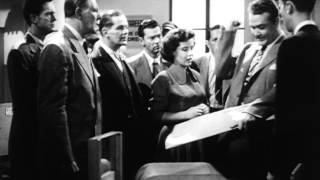 In a story ranging from the weird to the whimsical, Red Skelton plays "Red," an accident-prone inventor of safety gadgets who winds up driving a cab to prove the worth of his latest brainchild, Elastiglass. But while he is falling in love with the cab company's claims adjuster (Gloria DeHaven), a crooked lawyer (Edward Arnold) and a phony psychiatrist (Walter Slezak) are plotting to steal his secret formula. One attempt results in a hilarious truth-serum sequence that sends Red back to the playpen and his famous "mean widdle kid" characterization.

An accident-prone inventor of safety gadgets winds up haphazardly driving a cab in hopes of selling his latest invention, elastiglass.

Slapstick | Theatrical Release
This product is made-on-demand by the manufacturer using DVD-R recordable media. Almost all DVD players can play DVD-Rs (except for some older models made before 2000) - please consult your owner's manual for formats compatible with your player. These DVD-Rs may not play on all computers or DVD player/recorders. To address this, the manufacturer recommends viewing this product on a DVD player that does not have recording capability.

26%off
The Great Diamond Robbery
$9.60 Spring Sale
Add to Cart