Mojo (Publisher): 4 stars out of 5 -- "[T]hey covered a lot of ground -- from the deranged sounds of Screamin' Jay Hawkins' 'Alligator Wine' right through into easy listening territory..." 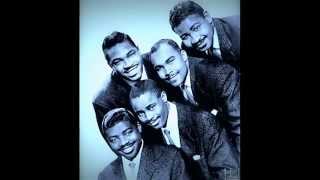 Mojo (Publisher) - p.122
4 stars out of 5 -- "[T]hey covered a lot of ground -- from the deranged sounds of Screamin' Jay Hawkins' 'Alligator Wine' right through into easy listening territory..."

Liner Note Author: Mick Patrick.
Arrangers: Fred Norman; Joe Sherman; Alan Lorber; Mike Stoller; Ray Ellis; Stan Applebaum.
The second of Ace Records' chronological three-volume history of legendary songwriters and producers Jerry Leiber and Mike Stoller picks up the story in 1956 and carries it through 1962 (the first volume, called Hard Times: The Los Angeles Years, covers 1951 to 1956), with the center shifting to New York City. This isn't a greatest-hits survey of Leiber & Stoller's career, although some of the big hits are certainly here, but it focuses instead on more obscure releases and versions of the pair's songs, making this a record collector's dream but not the place to find all the classic singles by the Drifters, the Coasters, Big Mama Thornton, and the other artists the duo worked with (all of that material is easily available elsewhere, however). So instead of Ben E. King's famous version of "Spanish Harlem," listeners get one by another former Drifters lead singer, Clyde McPhatter, and in place of the Robins' rendition of "Smokey Joe's Caf‚," there is a fascinating version by Buddy Holly, who cut it a month before he died. Some of the covers are fascinating combinations of artists to songs, like skiffle king Lonnie Donegan's marvelous version of "Sorry, But I'm Gonna Have to Pass" from 1961, which is a pleasing blend of pop and country over a subtle baion rhythm on an obscure song that had previously only been a B-side for the Drifters. Then there's Muhammad Ali's (he was then still known as Cassius Clay) surprisingly passable turn at Ben E. King's "Stand by Me" from 1964, a track that is admittedly more a curio than a necessity, but is still worth hearing. There are other obscure gems here, too, like Young Jessie's (Obediah Donnell Jessie) "Here Comes Henry," which features his vocal dubbed over the backing track for "Shattered Dreams" by the Youngsters, but emerges as fresh as if the whole thing were a completely live recording. Not everything is an obscure cover, though. The original single of "Alligator Wine" by Screamin' Jay Hawkins is collected here, in all its manic strangeness, as is the debut production Leiber & Stoller did for the Drifters, "There Goes My Baby," which features an innovative string arrangement from Stanley Applebaum set over a subtle South American rhythm. Atlantic's Jerry Wexler, upon first hearing "There Goes My Baby," hated it, calling it "an exercise in cacophony," and was stunned when it soared to the top spot on the R&B charts in 1959. Needless to say, he made sure Leiber & Stoller kept working with the Drifters. This second volume in the Leiber & Stoller story, like the first, is a fascinating listen, and the rarities it contains makes it something special and not just another greatest-hits saga. ~ Steve Leggett