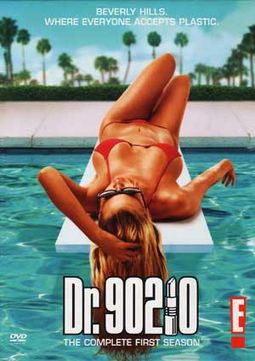 A unique glimpse into the elite world of cosmetic surgery and the day-to-day lives of top plastic surgeons in Beverly Hills. The series shows first hand what goes on behind the scenes of the doctors who live this Beverly Hills lifestyle and the people who take on the emotional journey of plastic surgery.

Although the American quest for self-reinvention is as old as the nation itself, the concept has been getting quite a workout with the spate of reality television shows clogging the airwaves of the early 21st century. Executive produced by reality mastermind Donald Bull (MTV's THE REAL WORLD and THE OSBOURNES), the E! Channel's DR. 90210 is one of the more extreme and fascinating of the makeover series, following an elite group of Beverly Hills-based plastic surgeons as they nip and tuck their high-society clients into physical perfection. In addition to uncomfortably graphic depictions of invasive cosmetic procedures such as tummy tucks, facelifts, liposuction, rhinoplasty, and, of course, breast augmentation, the series chronicles the personal dramas of both the patients and the doctors, focusing primarily on the bustling practice and picture-perfect home life of movie-star handsome physician, Dr. Robert Rey. Queasily entertaining, this collection presents DR. 90210's entire first season for a total of 13 half-hour episodes.