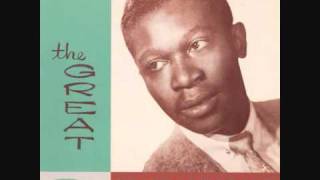 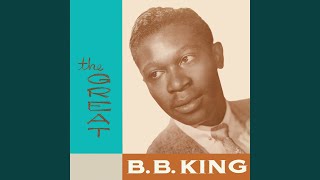 Liner Note Author: Jon Broven.
Photographers: Jon Broven; Roger Armstrong; Victor Pearlin.
Released in early 1960, the LP The Great B.B. King was actually a budget-priced compilation of songs he'd recorded for the Modern label over the past five or so years. This CD reissue nearly doubles the length of the original album with eight mostly previously unreleased bonus cuts, as well as adding historical liner notes. Of the ten songs found on the original The Great B.B. King, four ("Sweet Sixteen," "Ten Long Years," "Sneakin' Around," and "Whole Lotta' Love") had been big R&B hits, with "Sweet Sixteen" getting all the way up to number two; a fifth track, "Be Careful with a Fool," had made the bottom of the pop listings without showing up on the R&B charts at all. The emotional ballad "Sweet Sixteen" (actually a cover of a Big Joe Turner song) is presented here in all its six-minute, two-part glory. While the most of the rest of the LP doesn't scale the same heights, it's a respectable mix of brassy shuffles and slow tunes with more than a tinge of doo wop, King's guitar work on "Whole Lotta' Love" ranking among his most stinging. Of the eight bonus tracks, only "Bim Bam" (an anomalous 1956 rock & roll novelty single) and the Lightnin' Hopkins number "Shotgun Blues" (which showed up on a 1969 compilation LP) were previously released. The other six tracks are also not always typical of King's most celebrated style, including as they do the violin-drenched "Young Dreamers" and the much-covered ballad "Trouble in Mind," though the rest are in his more standard electric blues approach. ~ Richie Unterberger

Hot
The Appaloosa All Stars
$2.98 on Sale
Add to Cart