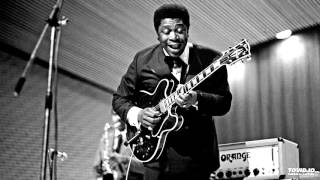 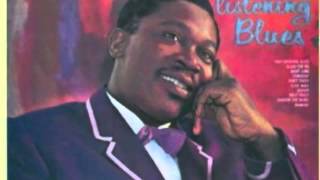 "Easy Listening Blues" is a bit of an oxymoron, especially in the hands of B.B. King, who might be smooth and urbane in some respects, but who's rarely recorded music that could be categorized as easy listening. That's the title that Crown used, however, for this all-instrumental 1962 collection. Just prior to leaving Modern for ABC, King did a lot of recording that Modern milked for sides to put out after he'd left the company, and some think these tracks were laid down in late 1961 as part of Modern's demand. Since a big part of the pleasure of listening to B.B. King is hearing his voice, and hearing the songs he wrote and interpreted, an all-instrumental album -- no matter how competently done -- is almost bound to sound like something's missing. And although this is a competent record, it's got to rank as one of his less essential efforts, the ten numbers often sounding like warm-up tunes or background generic blues club filler, hastily ground out to meet a quota. That doesn't mean that it's worthless -- the tunes are pleasant if unimaginative, and King plays with his usual authority, making occasional nods toward the rock & roll twist craze in cuts like "Night Long" and "Hully Gully Twist" (aka "Hully Gully"). ~ Richie Unterberger