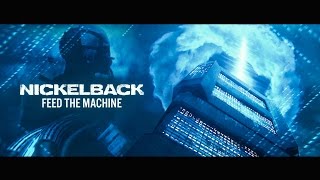 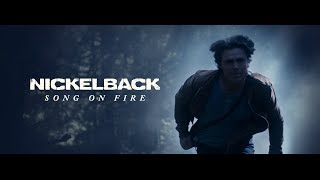 Stripping away any of the experimentation and excess that defined 2014's No Fixed Address -- there is no disco, no Imagine Dragons beats, no cameos from Flo Rida -- Nickelback serve up nothing but the basics on Feed the Machine. Perhaps its title could be seen as a snide aside to Nickelback's decision to focus on their perceived strengths -- they didn't gain traction when they switched up their sound, so they need to provide grist for the mill -- but the song itself is a veiled stab at social commentary, placing the band firmly within the trenches of 2017. The same can't really be said about Feed the Machine as a whole. Within its bustling digital production, there are some hints of modernity but Chad Kroeger's gang places its flag firmly in the ground of 2000s hard rock, adhering to the sound they essayed on Silver Side Up. Nickelback do indeed sound older. They're not as angry or angsty, nor are they as vulgar as they once were, and whenever the tempo slows, as it does on "Song on Fire," the group is fine in accentuating the adult-pop inclinations that underpin the song. Also, on the livelier moments, they rely on rhythmic interplay instead of bludgeoning riffs, a shift that makes this often brutish band feel slightly light on its feet. All of this is quite subtle, though: at its heart, Feed the Machine is Nickelback offering meat and potatoes for the dedicated. It's familiar, but it's supposed to be. ~ Stephen Thomas Erlewine

Nickelback
Silver Side Up
$8.49 on Sale
Add to Cart

Nickelback
All the Right Reasons
$11.98 on Sale
Add to Cart

Nickelback
The Long Road
$11.98 on Sale
Add to Cart

Nickelback
Silver Side Up
$8.49 on Sale
Add to Cart