Diana Krall Turn Up The Quiet 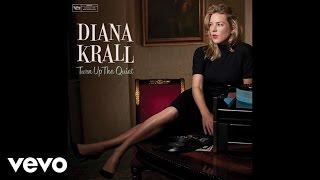 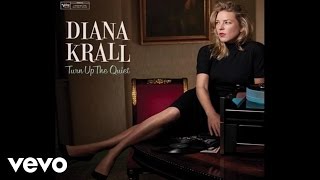 Audio Mixer: Al Schmitt.
Recording information: Capitol Recording Studios, Hollywood, CA.
Illustrator: Edwin Fotheringham.
Diana Krall spent the better part of the 2010s exploring byways of American song -- her 2012 set Glad Rag Doll drew heavily on obscure jazz from the 1920s and '30s, its 2015 sequel Wallflower concentrated on pop and rock tunes -- but 2017's Turn Up the Quiet finds the pianist/singer returning to well-known standards from the Great American Songbook. Reuniting with producer Tommy LiPuma for the first time since 2009's bossa nova-inspired Quiet Nights, Krall works with a trio of lineups on Turn Up the Quiet, alternating between a trio, quartet, and quintet. The album isn't divided into triads but rather gently shifts between these bands, a move that's sometimes imperceptible because the focus is firmly on Krall, the pianist. Her voice often operates at a hushed whisper -- a decision that suits this collection of romantic, dreamy material; it also underscores the importance of the record's title -- and that emphasizes her lithe piano along with the solo spotlights from her featured musicians. Krall gives her three bands plenty of space to shine -- fiddler Stuart Duncan, in particular, stuns with his solo on "I'll See You in My Dreams," but there are nice turns from guitarists Russell Malone, Anthony Wilson, and Marc Ribot, along with supple playing by bassists Christian McBride, Tony Garnier, and Anthony Wilson -- but what impresses is how these ensembles are all united in spirit and attitude, all thanks to their leader. Krall has a definite vision for Turn Up the Quiet -- she wants to keep things smoky and subdued, a record for the wee hours -- and the end result is so elegant, it seems effortless. ~ Stephen Thomas Erlewine

22%off
Tony Bennett / Bill Charlap
The Silver Lining: The Songs of Jerome Kern
$6.98 on Sale
Add to Cart