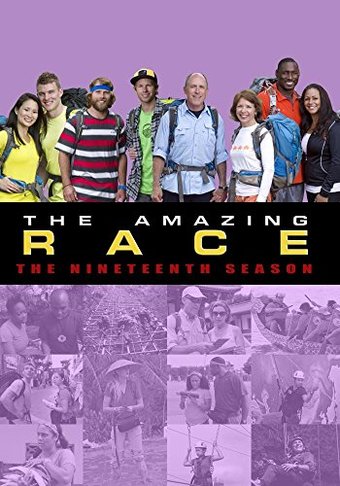 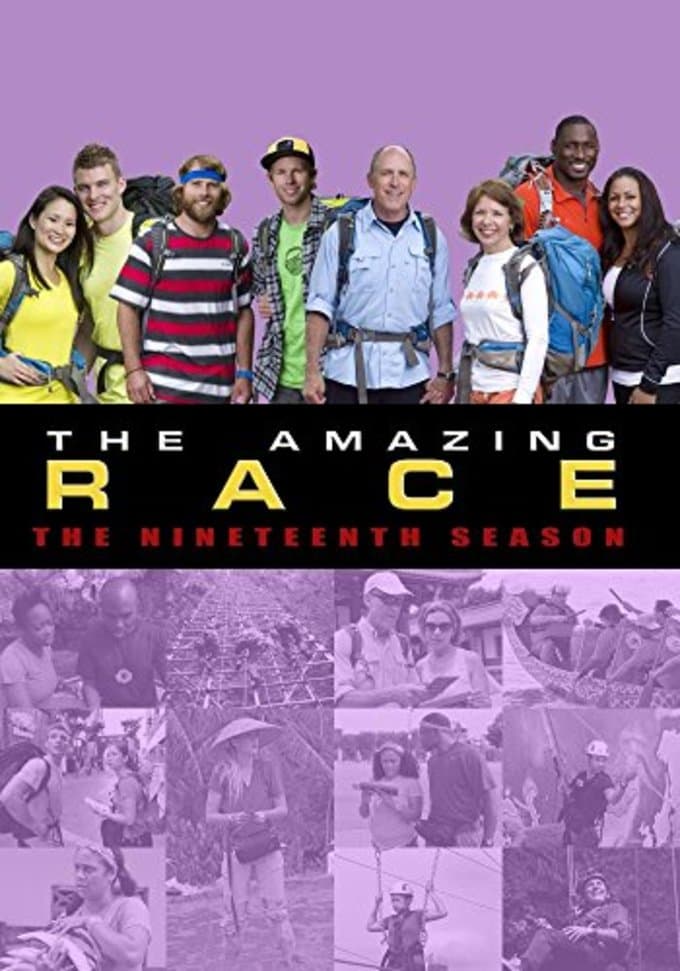 Two new game components add to the mix of hurdles In The Amazing Race Season 19. From the get-go, teams' problem-solving abilities are put to the test with the Hazard element -- a penalty one team incurs for being the last to finish the starting-line task. Later in the race, they discover the series first ever Double Elimination. Travelling through four continents and twenty cities, racers find themselves amidst an Eighth-Century Buddhist temple in Indonesia, riding elephants through the rain forests of Thailand, and putting the pedal to the metal while racing cars in Belgium. For the first time in the race's history, contestants visit Indonesia, Belgium, Denmark and Malawi. An assortment of well-known individuals and average race-worthy Joes join Season 19, including Olympic snowboarders Andy Finch and Tommy Czeschin, former NFL tight end Marcus Pollard, the first person under 18 to sail solo around the world, Survivor winners Ethan Zohn and Jenna Morasca, twin sisters, and flight attendants, among others.