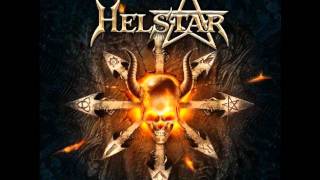 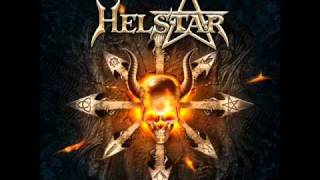 Personnel: James Rivera (vocals); Rob Trevino, Larry Barragan (guitar); Mikey Lewis (drums).
Recording information: Origin Sound, Spring, TX.
Photographers: Chantelle Prejean; Rusty Conner.
Helstar's second post-reunion studio album (and seventh overall), 2010's Glory of Chaos, sees the veteran Texan quartet almost fully converted to thrash metal templates in an obvious bid to capitalize on the genre's late-2000s resurgence. However, while the band successfully exploits those templates as though they'd been moshing throughout their '80s existence rather than skirting around the pit's edges with a more classic/speed metal hybrid, there's no telling how their fans will respond. On the one hand, they too may be swayed by the impressive technical mastery and sheer, undeniable brutality displayed by high-speed juggernauts like "Angels Fall to Hell," "Bone Crusher," "Deathtrap," "Alma Negra," etc., etc. (so long as they ignore the occasionally unnerving Exodus similarities). On the other, they may find themselves hungering for the largely abandoned melodicism and songwriting variety of old, which is only sporadically revisited here by more versatile cuts like "Monarch of Bloodshed," "Summer of Hate," and "Trinity of Heresy," which, incidentally, also showcase singer James Rivera's still incredible range (and compelling lyric writing), instead of seeing him confined to indistinct barking. Ultimately, it comes down to a matter of taste, because Glory of Chaos is really a very solid album, regardless of its primary musical persuasion, and that in itself represents quite a feat for a band as long out of commission as were Helstar. More power to them: better that than retirement. [A limited-edition deluxe version of Glory of Chaos boasted a pair of covers harking back to Helstar's formative days in Saxon's "Heavy Metal Thunder" and the Scorpions "Animal Magnetism."] ~ Eduardo Rivadavia