Alec Guinness has double trouble in this stylish mystery thriller costarring Bette Davis, based on the novel by Daphne du Maurier (Rebecca). 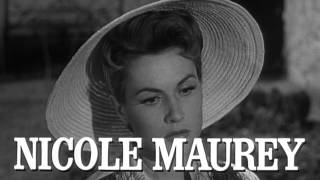 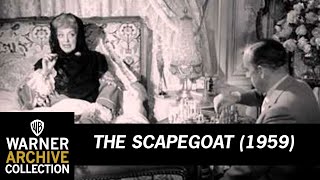 When John Barratt (Alec Guinness) meets Count Jacques De Gue (Guinness again) while vacationing in the South of France, the lonely university professor can't believe his eyes...the Count is his exact double! But when Barratt awakens after a night of heavy drinking, he finds De Gue has vanished, leaving the professor in his place. Unable to convince anyone that he's not the Count, Barratt has no choice but to go along with the sham, fooling De Gue's friends and family, including his drug-addled mother (Bette Davis) and jittery rich wife (Irene Worth). But it's only when he uncovers the Count's marriage contract that Barratt slowly tumbles onto De Gue's scheme: to murder his wife, run off with his mistress (Nicole Maurey) and dispose of his gullible double.

In this uneven but well-acted mystery story with a few gaps in the plot here and there, Alec Guiness plays a double role. He is John Barratt, a British teacher on vacation in France who is conned into taking on another identity. The identity he assumes is that of his double, Count Jacques de Gue, who has none of John's upright, moral character. Once ensconced as the Count, John discovers that the Count's mother (Bette Davis) is addicted to morphine, his wife (Irene Worth) believes he is out to kill her, and the Count's brother-in-law (Peter Bull) is embezzling funds away from the family business. And those are just a few of his problems, alleviated somewhat by his mistress (Nicole Murray). Once John realizes how decadent and immoral the Count really is he feels duty-bound to challenge him to a duel.

Mystery | Murder | Deception | Crime | France | Affairs | Families | Teachers
This product is made-on-demand by the manufacturer using DVD-R recordable media. Almost all DVD players can play DVD-Rs (except for some older models made before 2000) - please consult your owner's manual for formats compatible with your player. These DVD-Rs may not play on all computers or DVD player/recorders. To address this, the manufacturer recommends viewing this product on a DVD player that does not have recording capability.

26%off
The Adventures of Huckleberry Finn
$9.60 Spring Sale
Add to Cart