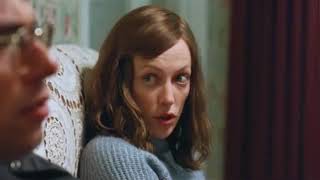 Fans of cult hit NAPOLEON DYNAMITE will find much to like in this quirky New Zealand import. Director Taika Waititi's debut feature centers on the oddest of couples: Lily (Loren Horsley), an outcast at the fast food restaurant where she works, and Jarrod (Jermaine Clement, FLIGHT OF THE CONCORDS), a clerk at a video game store who is completely oblivious to his dork status. Lily's days revolve around Jarrod's daily burger-driven appearances at her job, but, alas, he only has eyes for her perky blonde coworker. But Lily wins his heart with her video game prowess, and the pair becomes a couple. However, Jarrod has more than romance on his mind, and he journeys back to his hometown to face a high school nemesis with loyal Lily in tow.

Though Jarrod provides much of the film's humor, Lily provides its heart. Horsley's resume doesn't feature a large number of credits, but she is wonderful as Lily. She's awkward and honest, sweet and completely smitten with Jarrod. As Jarrod, Clement has perfected the deadpan delivery that made NAPOLEON DYNAMITE so much fun. As in its predecessor, EAGLE VS. SHARK features characters that aren't aware that they aren't "normal." From Jarrod's mullets to his family's beloved track suits, they're a study in strange, but they are genuine and real people. Like other odd romances such as HAROLD AND MAUDE, this love seems unlikely, but good acting and smart writing make it work.

Hunt for the Wilderpeople
$18.90 Super Savings
Add to Cart