The Life of Emile Zola

9.6K ratings
Currently Out of Stock: We'll get more as soon as possible
Notify Me When Available
Add to Wishlist
Format:  DVD  (2 Discs)
item number:  XSUR 00576D
Also released as:
The Life of Emile Zola (Special Edition) for $17.30
Our customers love us! 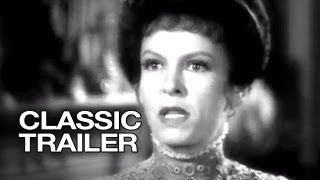 Paul Muni stars as Emile Zola, giving possibly his best performance in this excellent biography of the great writer, which won three Oscars, including Best Picture. The film's most unusual aspect is its evasiveness regarding the anti-Semitism that led to the terrible injustice of the Dreyfus affair. As Neil Gabler and others have pointed out, this can probably be attributed to the reluctance of the Jewish studio moguls to incur the ire of a society in which they still didn't feel entirely accepted. The film tracks Zola's early years, including his friendship with Paul Cezanne (Vladimir Sokoloff), and his uphill battle to expose in print the social ills that plagued France's lower classes. When success arrives with the publication of NANA, he garners an audience that can appreciate his exposés of the corruption of the nation's government, military, and business community. But it's in the Herculean effort to clear Captain Dreyfus (Joseph Schildkraut), a victim of anti-Semitism who had been framed on charges of military espionage and sent to Devil's Island, that Zola reveals in full force the tremendous courage that undergirded his achievment. High production values, an excellent cast, and an intelligent script all add to the film's extraordinary quality.

Second in the series of William Dieterle's Warners biopics, THE LIFE OF EMILE ZOLA stars Paul Muni as the title character. It opens as the writer and impassioned social activist, who shares a garret with Paul Cezanne, struggles against a censorious society to get his controversial work published. He makes his name exposing the wretched conditions of the lower classes but plunges into the battle of his life, defending the innocence of scapegoat Captain Dreyfus, who had been railroaded into exile on Devil's Island by the anti-Semitism of the French military.

Mutiny on the Bounty
$18.10 Super Savings
Add to Cart