The Grapes of Wrath (Blu-ray)

The Joads step right out of the pages of the novel that has shocked millions! 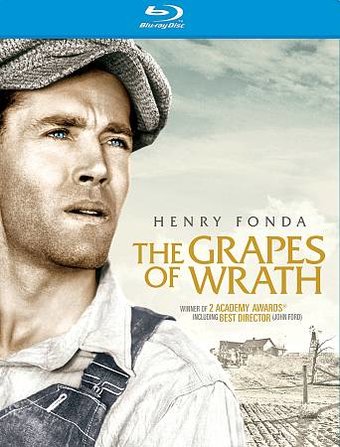 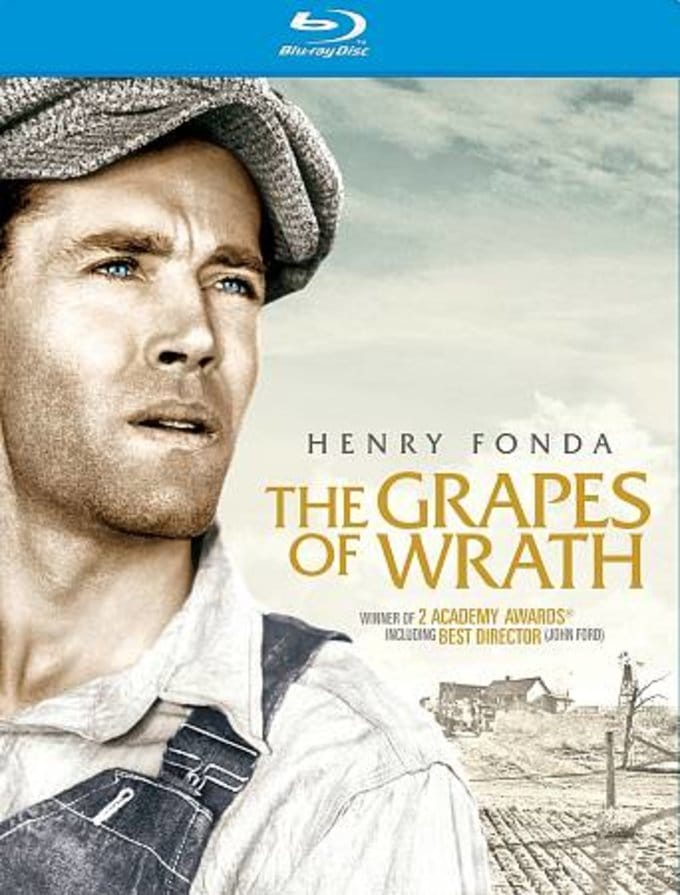 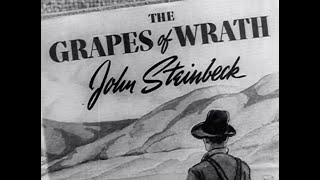 THE GRAPES OF WRATH ('40) - Original Trailer 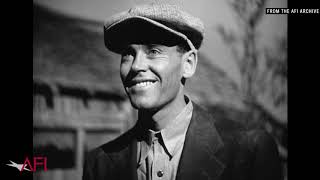 Jane and Peter Fonda talk about their father, Henry Fonda, in THE GRAPES OF WRATH - AFI Movie Club (Featurette) 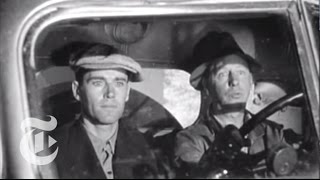 John Ford's memorable screen version of John Steinbeck's epic novel of the Great Depression--often regarded as the director's best film--stars Henry Fonda as Tom Joad. After having served a brief prison sentence for manslaughter, Joad arrives at his family's Oklahoma farm only to find it abandoned. Muley (John Qualen), a neighbor now nearly mad with grief, tells Tom of the drought that has transformed the farmland of Oklahoma into a desert and of the preying land agents who have plowed under the shacks of the sharecroppers. Joined by former hellfire preacher Casy (John Carradine), Tom finds his extended family, including Pa (Charles Grapewin) and his indomitable Ma (Jane Darwell), packing their ramshackle truck to seek work in the fields of California. As the family treks across the country, their dissolution begins with the deaths of Tom's grandparents at close intervals. When they arrive in California, the Joads find only an abundance of poverty-stricken migrants like themselves and little in the way of potential work. Yet, ever resilient, they maintain their dignity, hoping for the best.

Among the talented cast, Fonda does perhaps the best work of his career, as does Qualen in the film's most haunting sequence. Director of photography Gregg Toland captures the suffering and the weathered, luminous nobility of the Joads and the other uprooted, drifting families, creating striking images equal to the best work of Dorothea Lange and Walker Evans. In a stirring film that stands as a microcosm of the depression experience of millions, Ford gives poverty a human face in a way that was rare then and even rarer in the decades to follow as Hollywood films with a sense of class consciousness dwindled like a species nearing extinction.

Based on John Steinbeck's Pulitzer Prize-winning 1939 novel, the story follows an Oklahoma family's escape from the dust bowl to join the migration to California's fruit harvest.

To Kill a Mockingbird (Blu-ray)
$19
Add to Cart