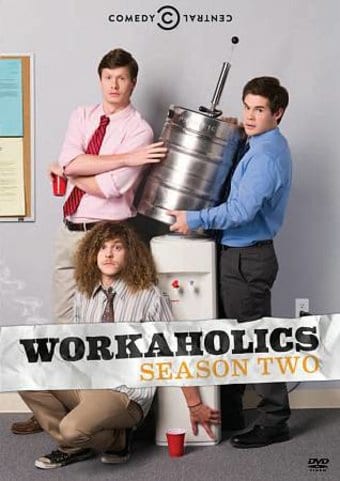 In the ten episodes from the second season of WORKAHOLICS, a Comedy Central series that follows roommates who work dead-end jobs as telemarketers while continuing the hard-partying ways they enjoyed during their college days, Adam, Blake, and Anders try to dry out for a week, pose as high school students, and visit a sex resort.