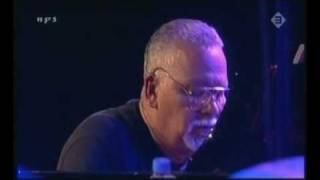 This is part of the GRP Gold Encore series.
Personnel: Peggy Lee , Billie Holiday, Carmen McRae (vocals); Lee Ritenour, Roland Bautista , Arthur Adams , Tiny Grimes, Mundell Lowe, Billy Rogers (guitar); Steve Khan (electric guitar); Herbie Mann (flute); Wilton Felder (saxophone); David Sanborn, Gigi Gryce, Jerome Richardson, Jimmy Powell , Tom Scott, Bill Stegmeyer (alto saxophone); Ernie Watts, Hank Ross , Benny Golson (tenor saxophone); Bill Green , Sahib Shihab (baritone saxophone); Gordon Griffin, Robert Bryant, Joe Guy, Kenny Dorham, Oscar Brashear, Ray Copeland (trumpet); Melba Liston, Wayne Henderson , William Frank "Bill" Reichenbach Jr. (trombone); Garnett Brown (tenor trombone); Maurice Spears (bass trombone); Joe Sample (piano, keyboards); Mitchel Forman (piano, synthesizer); Greg Phillinganes, Wynton Kelly (piano); Brad Cole (keyboards); Dave Grusin (synthesizer); Harvey Mason, Sr. , Kenny Clarke, Buddy Williams , Big Sid Catlett, Steve Gadd , Stix Hooper, Specs Wright (drums); Paulinho Da Costa (percussion); Gary Roda, Rachele Cappelli, James "D-Train" Williams , Jocelyn Brown, Lani Groves, Robin Beck, Shelton Becton, Bill Eaton, Phoebe Snow (background vocals).
Arrangers: Dave Grusin; Steven Miller .
Boasting on the cover that this features "the purest songs from the finest female singer/songwriters of our time," Songbirds falls very short of that claim but still manages to be a decent album. The first sign that the boast on the front is terribly wrong happens right away, on the very first track. Lene Marlin delivers a pretty pop song that remains in your head just long enough for Lisa Loeb's awesome "Stay (I Missed You)" and Sarah McLachlan's lush "Adia" to steamroll over it. Now considering the opening claim, one would think that every song would be as powerful as the other, but "Sitting Down Here" isn't exactly poetry when stacked against the next two songs. And why is Lene Marlin included when Ani DiFranco, Tori Amos, Bonnie Raitt, Natalie Merchant, Me'Shell Ndeg‚ocello, and countless others aren't? There are a lot of worthy musicians on the two discs here, and such offbeat inclusions as Beth Orton and Rhonda Vincent are appreciated, but a ton of excellent musicians are missing from this who would have been great inclusions. On top of that, the music ranges from the early '70s until 2001, which would also open the floodgates for a hundred more excellent musicians who are more influential and important than Cara Dillon. To be fair, there isn't a bad song on this entire collection. All 31 songs are at least OK, and many of them are fantastic tracks. More importantly, every musician featured here is a talented or unique performer, including Marlin and Dillon. But the supposed "goal" of the album is ridiculous, and completely misleading to someone who might not know the rich history of women in the singer/songwriter vein. And despite whoever else is or isn't included, the absence of Carole King is absurd, considering she was the poster girl for female singer/songwriters in the '70s and helped change the idea of how women are viewed in popular music. This is a good album of acoustic songs that range from amazing to decent, but do not consider this some sort of be-all and end-all compilation of female songwriters. Consider it a document of one of the aspects of the genre, but by no means is this any more important than the Lilith Fair souvenir discs. ~ Bradley Torreano

The Glory of Christmas: A Treasury of Seasonal Classics (CD)
99¢ on Sale
Add to Cart