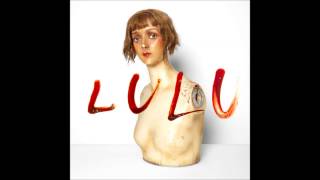 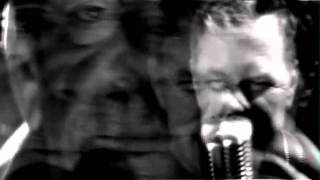 Rolling Stone - p.81
3 stars out of 5 -- "Marathons like 'Dragon' buzz gorgeously, emphasizing power-jangle guitars or 69-year-old Reed's Continuum Fingerboard."
Spin - p.78
"The result is gorgeous, hilarious, eerie..."
The Wire - p.63
"LULU functions as the ultimate realisation of Reed's aesthetic of Metal Machine Music, cruel, vulgar, half in love with power and pain but with a bruised, beating heart at its centre."
Record Collector (magazine) - p.103
3 stars out of 5 -- "Metallica's unfettered jams ooze a sense of freedom, with fret-squeals and feedback all over the riffs."

Audio Mixer: Greg Fidelman.
First and foremost, Lulu is a Lou Reed album. Metallica may receive collaborative billing, and Reed has made canny use of the band's skill set, but it's clear after the first ten minutes that he is the auteur on this project, and most Metallica fans are going to be awfully puzzled by Lulu. Then again, Reed's fans may be scratching their heads, too -- Lulu is a purposefully difficult album, one that insists you meet it on its own terms, and the angry flood of sounds and ideas that pours from its ten long songs demands more than a little patience. Lulu had its genesis in a theater project by frequent Reed collaborator Robert Wilson, who was creating a new adaptation of the plays of Frank Wedekind; in these songs Reed sings from the perspective of a young woman who is corrupted by her experiences with men, as well as some of the characters she meets. The personal pronouns offer occasional clues as to whom Reed is channeling at a given moment, but for most of its 87 minutes, Lulu sounds like one long, bitter, spiteful rant as Reed pours out gallons of lyrical bile, mostly unfettered by rhyme schemes, and with rare exception Reed doesn't sing here, he mutters or shouts or barks like an angry beast. At the age of 69, time seems to be catching up with Reed's strength, but he uses it to his advantage on Lulu, and while he frequently sounds like a mean and slightly crazy old man here, it absolutely suits the tenor of the piece. Reed holds nothing back, and the torrent of curious, ugly, and puzzling images gets to be more than a bit much, rarely cohering into a larger whole. As for Metallica, it's easy to see why Reed wanted to work with them -- for this music, he obviously wanted a massive wall of guitars, and James Hetfield and Kirk Hammett certainly deliver, and with the band's usual acrobatic soloing stripped from these performances, they summon a towering wall of chugging menace on "Dragon," "Frustration," and "Mistress Dread." Reed wanted Metallica for their strength and stamina, and they deliver, but when he needs subtlety or dynamics they often drop the ball, especially in Lars Ulrich's drumming, which is clumsier and busier than it should be, and Hetfield's vocal interjections, which are full of arena-level bombast and sound silly compared to Reed's weary croak, making the frequent disconnect between the music and the lyrics all the more telling. It's not difficult to see what Reed was shooting for on Lulu, but one might argue Metallica were not the right collaborators for the project -- the huge, arty drone of Sunn 0))), the stop-on-a dime assault of the Jesus Lizard, or the limber noise of Shellac might have better served Reed's vision. Ultimately, Lulu is a brave experiment for both Reed and Metallica, but it's one that falters as often as it succeeds. ~ Mark Deming