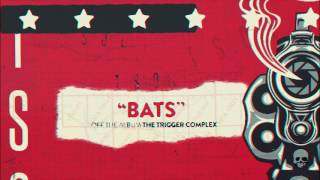 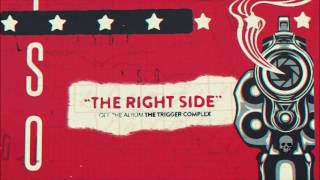 Personnel: Jack Grisham (vocals); Frank Agnew (guitar, background vocals); Ron Emory (guitar); Greg Kuehn (piano, keyboards); Paul Roessler (keyboards, background vocals); Chip Hanna (drums); Beth Carmellini, Jenni McElrath (background vocals).
Audio Mixer: Paul Roessler.
Recording information: Kitten Robot Studios, Los Angeles (2016).
The tenth studio long-player from the mercurial L.A. punk legends, Trigger Complex is a muscular and melodic, hook-driven romp through the band's myriad guises that strikes the perfect balance between convivial, nostalgic, and apoplectic. Opener "Give Me More" sets a familiar tone, splitting the difference, sonically at least, between vintage west coast punk and sunset strip sleaze, while no less propulsive and earworm-worthy offerings like "Sometimes" and "Satellites" suggest a predisposition toward Prison Bound-era Social Distortion-inspired heartland rock. Like their closest U.K. counterparts the Damned, T.S.O.L. have spent their careers marching to the beats of many drummers -- in this case, it's new man behind the kit Chip Hanna leading the way -- and founders Ron Emory (guitar), Mike Roche (bass), and Jack Grisham (vocals) seem more than content keeping up with their long streak of pop culture non-compliance. They vamp it up on the bawdy "Don't You Want Me," tear it up on the propulsive "Right Side," and even dial it back on the heartfelt, strings-laden "Nothing Ever Lasts," but the constant shifts in tone never feel inauthentic -- the whole ride feels like an amalgam of early-'80s Damned, the Cult, Against Me!, and the Killers. Trigger Complex is a late-career gem that's both resonant and a shit-ton of fun, and its lack of any sort of agenda is its greatest strength. ~ James Christopher Monger