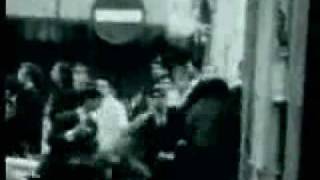 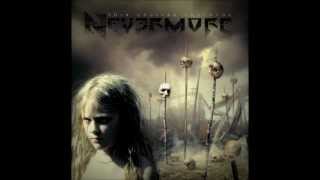 Nevermore's sixth album arrives bearing few surprises -- which, for a band less accomplished or too comfortable in their niche, would generally be seen as a negative attribute. Not here, as Seattle's finest mid-'00s heavy metal outfit (sorry Queensr˜che!) continue to set the bar for purist-leaning metal-heads on this side of the pond. As always, and not to take anything away from their cohorts (particularly drummer extraordinaire Van Williams), the soaring vocals of Warrel Dane and lead guitar heroics of Jeff Loomis act as twin beacons shining out from the band's gloriously metallic bulk. Furthermore, it's arguable if Dane (now almost completely divorced from his once too strident upper registers) has ever sounded quite this aggressive on any of Nevermore's earlier albums (witness his coarse roars on opener "Born (The Retribution of Spiritual Sickness)"). Likewise subject to discussion is whether Loomis hasn't topped his not inconsiderable prior achievements with his ever tasteful and inventive solos, here augmented by ex-Dragon Lord guitarist Steve Smyth -- quite a talent in his own right. Suffice to say that Dane and Loomis lead their troops in reliably inspired style throughout terrific cuts like "Final Product," "The Psalm of Lydia," and "A Future Uncertain" -- all of them carefully constructed songs, laced with just the right dosage of showy acrobatics so as to keep listeners' jaws sagging. They also retain a rare combination of immediacy and complexity, where one's premature feeling of having sussed out the album's every trick eventually gives way to an unexpectedly lengthy discovery period. Sure enough, the somewhat more straightforward classic metal of "My Acid Words," and "Bittersweet Feast," and the by-now-expected-semi-power-ballad "Sentient 6" are about as predictable as it gets; and the lone questionable inclusion of the minute-and-a-half "The Holocaust of Thought" is ultimately justified by its introductory status for the highly effective, evocative slow-burner "Sell My Heart for Stones." And don't forget the near-nine-minute title track, which culminates in what must surely stand as one of Nevermore's most consistent LP's in suitably epic fashion. Indeed, American-bred heavy metal doesn't get any better than this. ~ Eduardo Rivadavia

Nevermore
The Politics of Ecstasy
$19.90
Add to Cart

29%off
Coheed and Cambria
Afterman: Descension [Deluxe Ed.]
$8.49 on Sale
Add to Cart