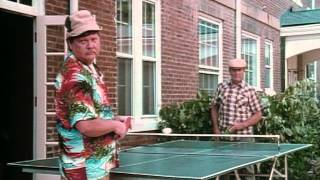 Emory Leeson (Dudley Moore) is a stressed-out advertising executive who sets off a company scandal with a series of unorthodox, but truthful, ad campaigns. Shipped off to a mental institution, the discredited ad-man finds understanding in a soothing psychiatrist (Mercedes Ruehl), friendship in a colorful group of inpatients, and love in a beautiful but nutty fellow resident (Daryl Hannah). Meanwhile, Emory's truthful ads have become Madison Avenue's latest craze and the agency wants him back--much to the dismay of their former employee, who would rather stay in the asylum, away from the corporate rat race.

When a top advertising executive starts to crack, the firm sends him to a cushy sanitarium for some rest and relaxation.

Romance | Love Story | Personal Triumph | Big Business | Mental Illness | Theatrical Release
This product is made-on-demand by the manufacturer using DVD-R recordable media. Almost all DVD players can play DVD-Rs (except for some older models made before 2000) - please consult your owner's manual for formats compatible with your player. These DVD-Rs may not play on all computers or DVD player/recorders. To address this, the manufacturer recommends viewing this product on a DVD player that does not have recording capability.

Nothing in Common (Blu-ray)
$15.60 Super Savings
Add to Cart