Vietnam can kill me, but it can't make me care. 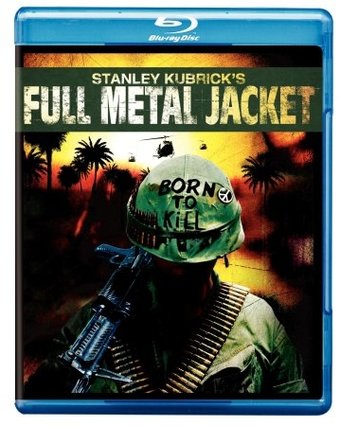 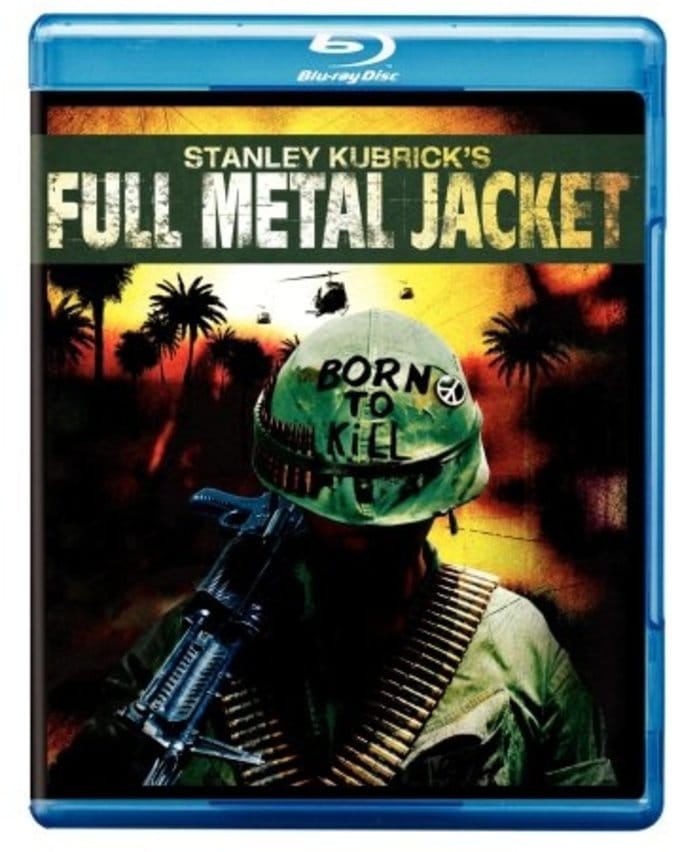 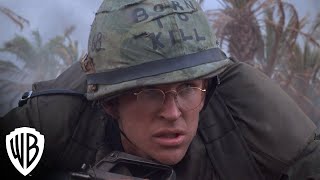 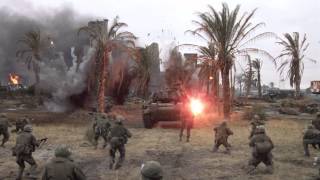 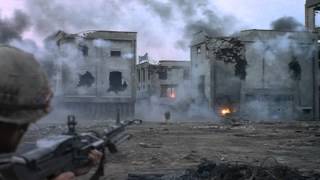 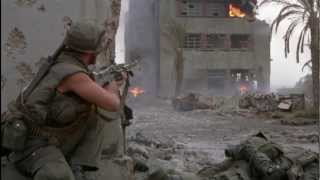 "Here you are all equally worthless."
- Gny. Sgt. Hartman (Lee Ermey) to the new recruits
"What is your major malfunction, Pvt. Pyle'"
- Gny. Sgt. Hartman to Pvt. Pyle (Vincent D'Onofrio)
"You write 'Born to Kill' on your helmet and you wear a peace button. What's that supposed to be, some kind of sick joke'!"--Colonel (Bruce Boa) to Pvt. Joker (Matthew Modine)
"I think I was trying to suggest something about the duality of man, sir."--Pvt. Joker's eventual response
"We gotta keep our heads until this peace craze blows over."
- Colonel's later comment to Pvt. Joker

In this riveting look at military life during the Vietnam conflict, Stanley Kubrick, who made the powerful antiwar classics PATHS OF GLORY (WWI) and DR. STRANGELOVE (the Cold War), once again explores the behavior of men in battle. FULL METAL JACKET (1987), adapted from Gustav Hasford's novel THE SHORT TIMERS, is broken down into two very different parts. The first half of the film focuses on the training of a squad of Marine grunts on Parris Island, and more specifically on the troubled relationship between the brutal drill sergeant (a frightening Lee Ermey) and an oafish misfit (a brilliant Vincent D'Onofrio) who just happens to be a sharpshooter. The second half takes the grunts to Hue City, where the climactic battle of the 1968 Tet Offensive--and the turning point of the Vietnam War--took place. The story is told through the eyes of Private Joker (Matthew Modine), a cynical aspiring photojournalist who is forced to fight for his life and the lives of his fellow recruits.

Unusually for Kubrick, FULL METAL JACKET emerged at a time when a trend for films about Vietnam was in full swing. PLATOON had proceeded Kubrick's film by a year, and lesser efforts such as HAMBURGER HILL also emerged in 1987. London's abandoned docklands may not be the most obvious choice of location to replicate the ravages of the Vietnam landscape, but this is where Kubrick shot the film, sticking to his dogged principles of not shooting outside his adopted home. A moving commentary on the dehumanizing process that occurs when soldiers prepare and engage in battle, FULL METAL JACKET is an unforgettable experience from one of the most original voices to ever pick up a movie camera.

Based on Gustav Hasford's novel THE SHORT TIMERS, Kubrick's unusual answer to the 1980s spate of Vietnam War films (PLATOON, HAMBURGER HILL, 84 CHARLIE MOPIC, etc.) actually seems like two films in one. The first half focuses on the training of a squad of Marine grunts on Parris Island, and more specifically on the troubled relationship between the brutal drill sergeant (Ermey) and an oafish misfit (a brilliant D'Onofrio) who just happens to be a sharpshooter. Post-training, we follow the grunts to battle of Hue City, the climactic battle of the 1968 Tet Offensive and the turning point of the Vietnam War, seeing mostly through the eyes of a cynical reporter nicknamed Joker (Modine). As a Vietnam War film, Kubrick's is notable for focusing on urban, rather than jungle, battlefields--with snipers hiding behind every bombed-out building.