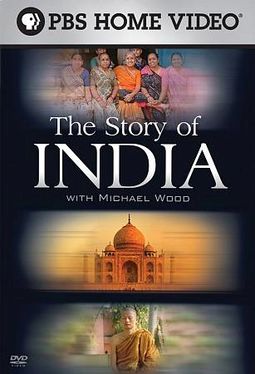 The British historian Michael Wood takes viewers on a fascinating journey through India, recounting the nation's rich, storied past and delving into its modern political climate. One of the oldest civilizations on the planet, India has been colonized, embattled, and mythologized many times over, but continues to hold a powerful position on the world stage: its massive population (expected to outpace China's, in raw numbers) and nuclear arsenal make the diverse democracy a force that cannot be ignored. THE STORY OF INDIA offers a gorgeous look at the country's natural wonders, and an insightful glimpse into the hearts and minds of its citizenry.

Sixty years after Indian independence, British historian Michael Wood presents the tale of the oldest and most diverse civilization, and largest democracy. A nuclear power and a rising giant, India's population will overtake China's within 10 years and its economy is predicted to overtake that of the U.S. in the 2030s. This journey of sights and sounds, and achievements takes him from the deserts of Turkmenistan to the Khyber Pass.