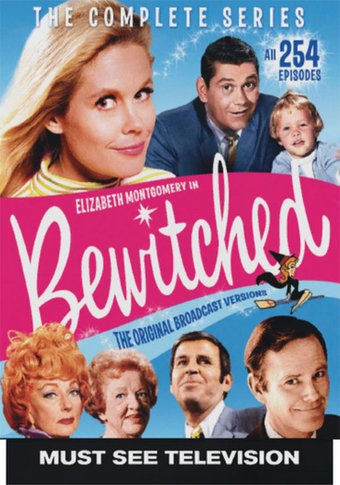 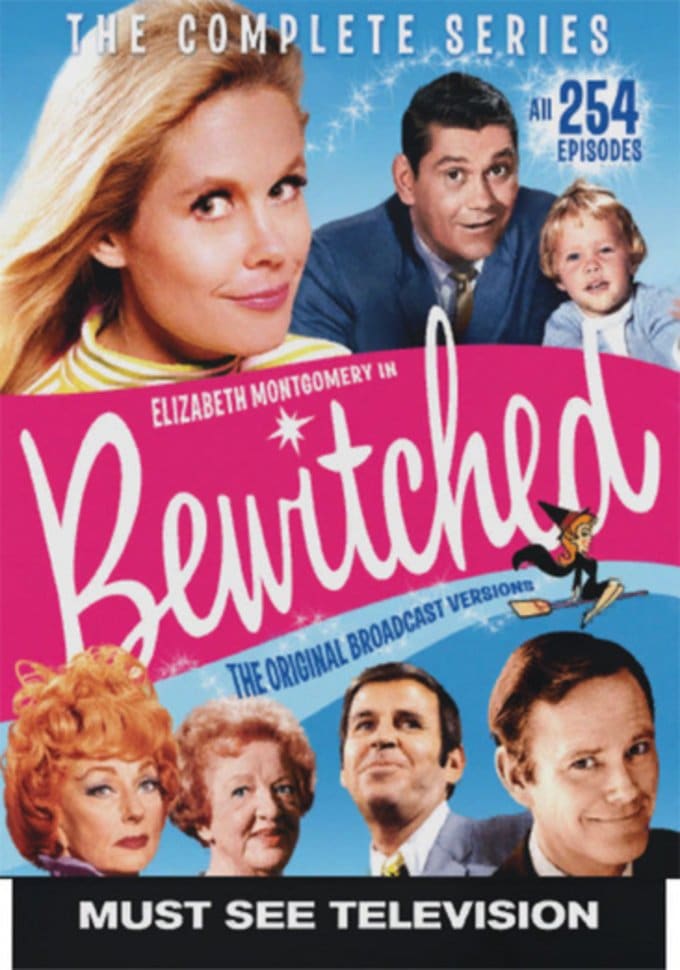 A young man and a young woman meet, begin dating, fall in love and get married. What more could anyone want or expect? Well, when the young woman is a witch it can make for an interesting and complicated relationship.

Elizabeth Montgomery is Samantha Stevens, a witch who decides to try living a mortal's life as a suburban housewife to her ad-executive husband Darrin. Dick York portrayed her loving husband for the first five seasons and was replaced by Dick Sargent for the final three of the series. Samantha swears off using witchcraft which doesn't sit well with her mother Endora (Agnes Moorehead), who sees her son-in-law 'Derwood' as a hindrance.

The Stevens household has one bizarre event happening after another, usually caused by Endora or one of Samantha's other magically-inclined relatives. Through it all, Darrin and Samantha make the best of everything and get to share their life with their two children, Tabitha and Adam. This top-ranked sitcom was enjoyed by it's audience for eight seasons. So sit back, relax and let Samantha's nose twitches entertain you!

Ranked one of the Top 50 Television Shows of All Time!

50%off
Bewitched Again: Supernaturally Powerful Women on...
$20 on Sale
Add to Cart