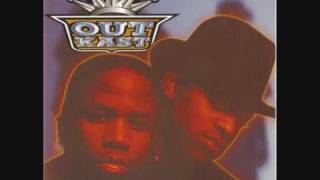 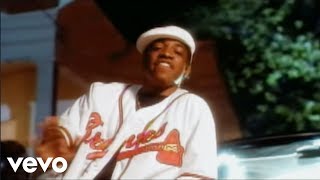 Entertainment Weekly - 5/27/94, p.88
"...If there is such a thing as southern hip-hop...you'll get closer with Outkast's lazy, sprawling grooves, its casual funk...and it's about time that someone told today's weed-obsessed youth to "get up, get out and get something/Don't spend all your time trying to get high...." - Rating: A

Outkast: Andre, Big Boi.
Additional personnel: Craig Love, Edward Stroud (guitar), Jeff Sparks (saxophone), Rico Wade, Patrick Brown, Kenneth Wright (piano, organ), Organized Noize (keyboards, drum programming), Preston Crump, Marq Jefferson, Colin Wolfe (bass), Mr. D.J. (scratches).
Background vocals: Patrick "P-Funk" Brown, Debra Killings, Brandon Bennett, Tony "T-Bone" Hightower, Thomas "Cee-Lo" Burton.
Recorded at D.A.R.P. Studios, Purple Dragon, Bosstown and Doppler Studios, Atlanta, Georgia.
Embodying much of the laid-back characteristics of Southern rock, Southern rap is making its presence known as another flavor on the rap pallette. East Point, Georgia's Outkast is mixing their down-home ease with the smooth stylings of their soul forefathers.
It must be a Southern thing; the beats and raps are casual and comfortable, but not to say that the groove isn't there. Much like Isaac Hayes' vocal sleekness, Outkast's Dre (Andre Benjamin) and Big Boi (Antwan Patton) finesse their way through the pumping beats of "Call Of The Wild" to the soulful croonings on their number one single, "Player's Ball," which topped the R&B charts for six weeks.
Produced by Organized Noize, an Atlanta-area production team, Outkast's debut simmers with a sense of world-weary restraint. From their choice to use the moniker Outkast, to the difficulties of avoiding oppression and the potential alienation of actually becoming a success, Outkast's debut shows definite potential for the Atlanta-area teenagers, and possible further success will bring satisfaction, not alienation.