Is your money making a killing? 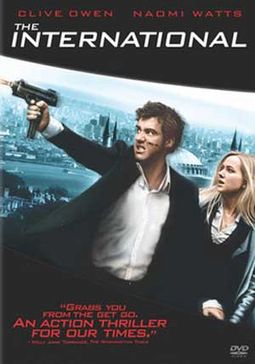 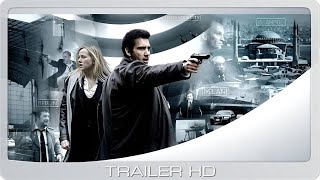 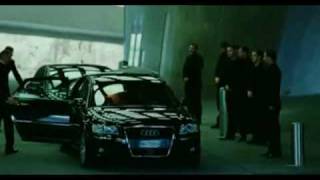 Released in a post-globalization economy teetering on the brink of a depression, THE INTERNATIONAL admirably stays in step with its time. Screenwriter Eric Singer hangs this man-against-the-machine action-thriller not on the Russians, North Koreans, or turncoats in the C.I.A., but on the I.B.B.C., an international bank that wields power through crippling debt. With villains like these, viewers fretting over their own mortgage rates will find themselves rooting zealously for these crooked financiers to fall hard. Interpol agent Louis Salinger (Clive Owen) and his partner, New York Assistant D.A. Eleanor Whitman (the somewhat underused Naomi Watts), are consistently stonewalled by local law enforcement in their attempt to close in on the bank's insiders. The conflict deepens two-fold as Salinger discovers not only how wide the bank's nefarious influence spreads, but how loosely he will act within legal boundaries to get his man. Owen elevates the at-times standard espionage plot devices with his now trademark (but always riveting) me-against-the-worldisms: his hard-edged focus and steely moral clarity. Armin Mueller-Stahl also stands out in the cast as a weathered ex-communist revolutionary now finding himself in the epicenter of capitalist corruption.

With spirited but tight direction, Tom Tykwer (of RUN, LOLA, RUN and THE PRINCESS AND THE WARRIOR fame) emphasizes longer action sequences and a more developed narrative arc than many contemporary post-BOURNE IDENTITY thrillers. The film's centerpiece--an incredible shoot-out in the Guggenheim Museum with flying plaster, shattering installations, and shifting loyalties--reads like a disaster movie for the highbrow set as art lovers everywhere will experience a perverse thrill watching the museum's famed spiral shot up by I.B.B.C. thugs.

Interpol agent Louis Salinger (Clive Owen) is determined to expose an arms dealing ring responsible for facilitating acts of terrorism around the globe. But as his investigation leads Salinger and his partner, Manhattan Assistant District Attorney Eleanor Whitman (Naomi Watts), deeper into the secret world of greed, corruption and murder, they become targets of a deadly conspiracy so vast, they soon find the only people left to trust'are each other. This pulse-pounding thriller plays a high-stakes game of suspense, intrigue and explosive action.