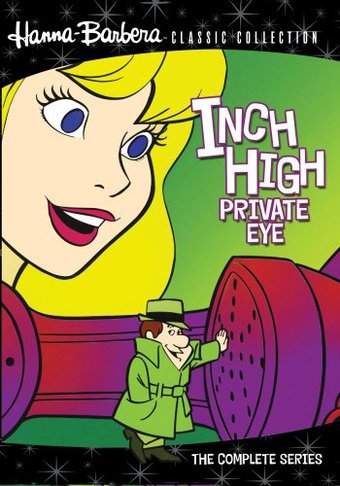 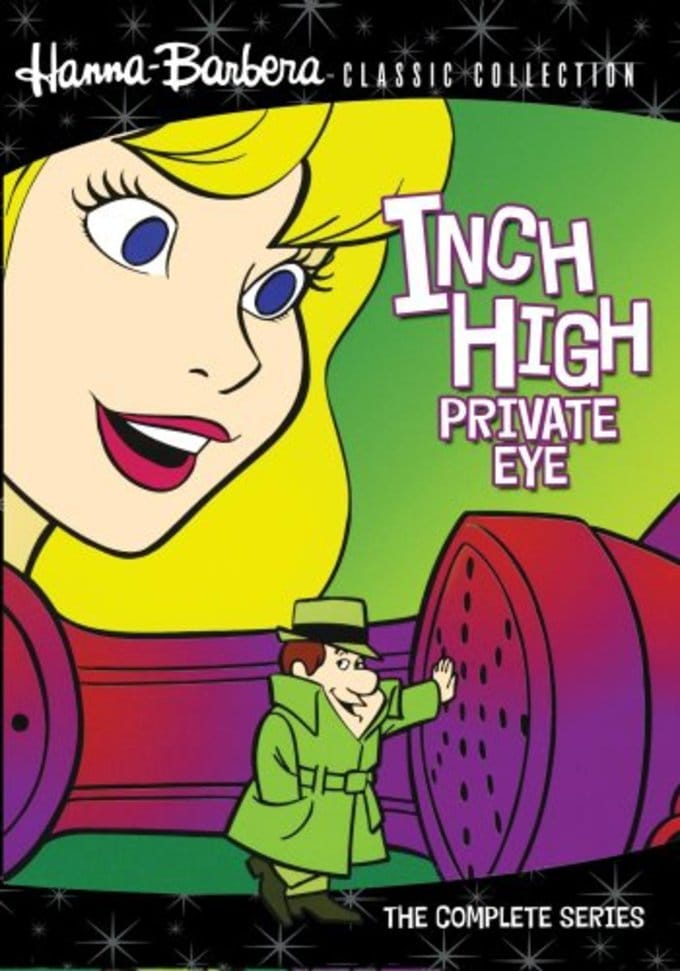 Inch High, diminutive operative of the Finkerton Detective Agency, stands tall against the forces of perfidy, making Saturday mornings safe for all good citizens from the halcyon year of 1973 to today. Ably aided by niece Lori, her hulking boyfriend Gator and his loyal dog Braveheart, Inch High uses his pint-sized stature to foil the most complex and nefarious of schemes. Whether battling Spumoni the Great, Mr. Midas, or King Ra, or teaming up with the likes of Super Flea and Goldie, the world's greatest goldfish, Inch High's stalwart heart always shines through despite his picayune stature and sometimes less-than-stellar mental gymnastics.

This 30-minute video consists of several animated adventures culled from the Hanna-Barbara TV series INCH HIGH PRIVATE EYE. The eponymous pint-sized detective, voiced by Lennie Weinrib, works for the Finkerton Detective Agency. Together with his niece-assistant Lorrie, her rustic boyfriend Gator, and "wonder dog" Braveheart (a St. Bernard who carries a cache of weaponry in the keg around his neck), Inch High hunts for criminals in his silent, frankfurter-shaped Hushmobile. Attaining his diminutive stature by way of a secret shrinking potion, Inch High must work fast, lest he grow to normal size at the most inopportune moments. INCH HIGH, PRIVATE EYE was a originally an NBC Saturday morning series, telecast September 8 1973, to August 31, 1974.

Detective
This product is made-on-demand by the manufacturer using DVD-R recordable media. Almost all DVD players can play DVD-Rs (except for some older models made before 2000) - please consult your owner's manual for formats compatible with your player. These DVD-Rs may not play on all computers or DVD player/recorders. To address this, the manufacturer recommends viewing this product on a DVD player that does not have recording capability.

60%off
Busytown Mysteries: The Biggest Mysteries Ever
$3.98 on Sale
Add to Cart