Justice can never be silenced. 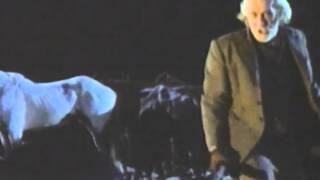 A surreal western directed by playwright/actor Sam Shepard. Taking place on the desolate untamed Llano Estacado in 1873, a young half-Native American is stolen from her drunken white father by desperate cowboy, Prescott Roe, who wants her for his grief-stricken son, Talbot, whose wife has died. With the father and his son in hot pursuit, Roe brings the woman to his son, who must reconcile the past with the present before accepting the beautiful half-breed.

When a young man is lost in grief over the death of his Indian bride, his father sets out across the prairies of the Old West to find the only person he believes can break the evil spell - the girl's sister.

The Wackiest Wagon Train in the West (DVD)
$6.20 Super Savings
Add to Cart