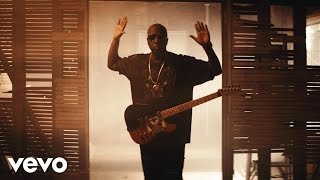 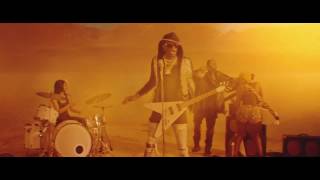 Recording information: 'Fleiva Records, Medellin, Colombia; East/West/Studio 3, Hollywood, CA; GBM Studio, Long Island, Hempstead, NY; Heads Audio Studio, NJ; Patchwerk Studios, Atlanta, GA; Upper Saddle River, NJ.
Photographer: Linna Frank.
Presented as an EP, J'ouvert, titled after the party that marks the beginning of Carnival, serves as an appetizer for Wyclef Jean's first full-length since 2009. Wyclef stated that his intent here was to build on "Hips Don't Lie," his global hit with Shakira, and his own "Sweetest Girl (Dolla Bill)." While those songs are a decade old, Wyclef's cheery, sometimes playfully romantic fusions of tropical pop and hip-hop don't sound out of place in 2017. Most promising are the slowly winding "Holding on the Edge" -- a collaboration with Walk the Moon, of all people -- and the downcast "Hendrix," where a leisurely trap production serves as the backdrop for Wyclef's reflection about choosing music over dealing (with a reference to the thematically related "Gone 'til November"). This also includes some of the cuts released the previous year and the following January, such as "Life Matters" and an update of "If I Was President." Young Thug, whose JEFFERY featured a song titled after Wyclef and a Wyclef collaboration, appears on "I Swear." ~ Andy Kellman

44%off
Wyclef Jean
Playlist: The Very Best of Wyclef Jean
$5
Add to Cart

Wyclef Jean
Carnival III: The Fall and Rise of a Refugee
$8.20
Add to Cart

58%off
Wyclef Jean
Carnival, Volume 2: Memoirs of an Immigrant
$5
Add to Cart

44%off
Wyclef Jean
Playlist: The Very Best of Wyclef Jean
$5
Add to Cart

62%off
Brazil: Original Samba Songbook
$4.98 on Sale
Add to Cart